Located at the intersection of Falkland Street with Victoria Road 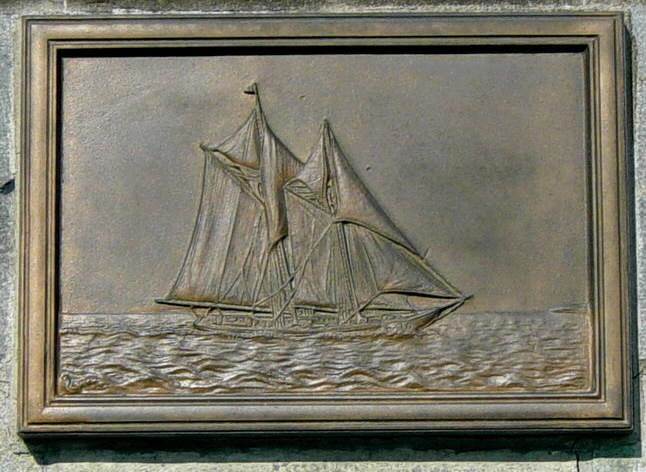 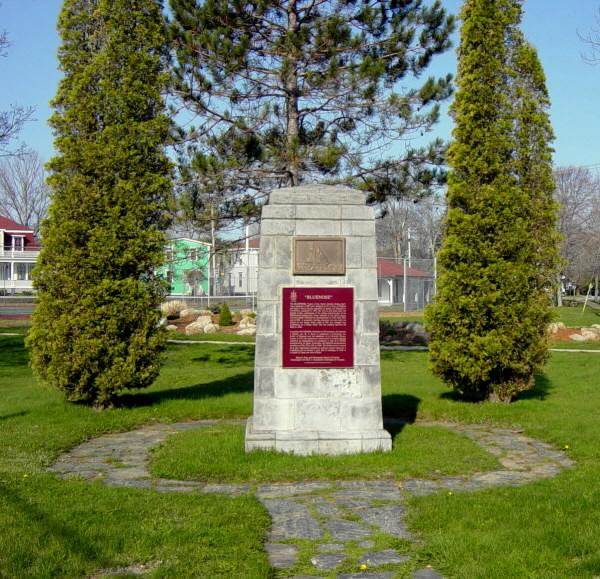 Also see: The other side of this monument 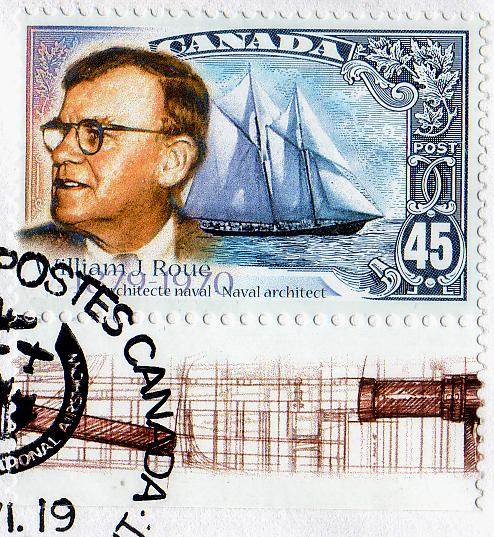 On 24 July 1998, Canada Post issued a single 40mm×26mm stamp to commemorate the life and achievements of William Roue, designer of the legendary schooner Bluenose. The stamp design superimposes a head-and-shoulders image of Roue over a recreation of the 1929Bluenose stamp. The denomination of the Bluenose stamp has been changed from the original 50¢ to45¢. The designer, Louis C. Hebert of Montreal, says “we can see that Roue is looking into the distance – away from the Bluenose – like a visionary”. The First Day Cover carried a HalifaxNS cancellation mark. The centre of the cancellation features an image of the Bluenose surrounded by water. The envelope’s cachet features a detail from the famous Bluenose photograph by W.R.MacAskill, “Starboard Lookout”. 9,000,000of these stamps were printed by the Canadian Bank Note Company. They were on sale from 24July 1998 to 23July 1999, in panes of 25stamps. The stamps are denominated at 45¢.

Bluenose This article appeared in the Heritage Post, i17 1995
http://7thfloormedia.com/resources/canadiana/library/bluenose.html