Cenotaph: an empty tomb, a sepulchral monument erected
in honour of persons whose bodies are elsewhere 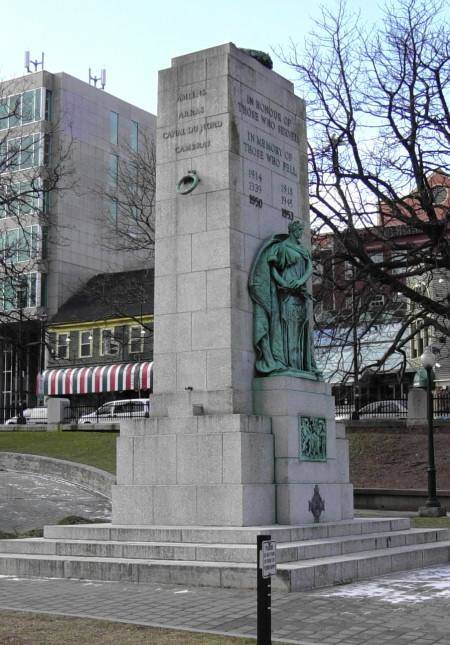 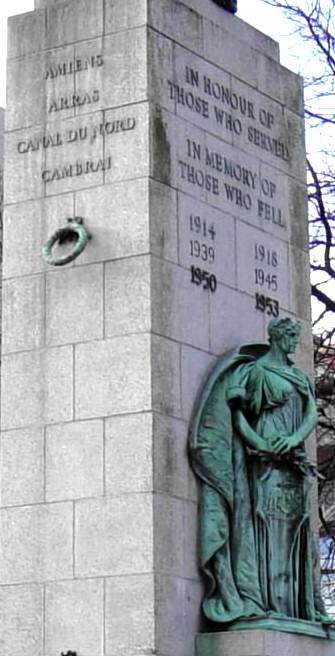 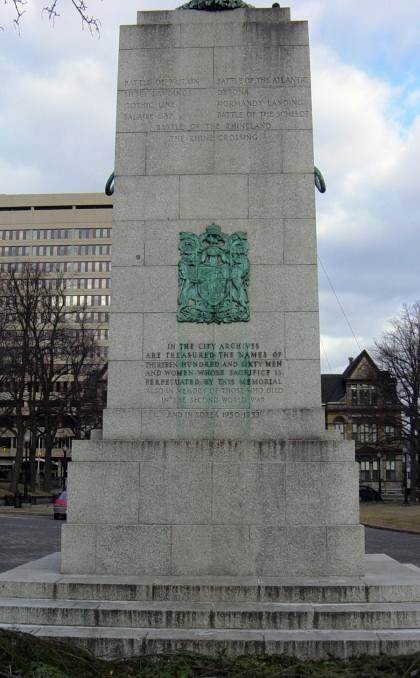 Upper inscription on the south face

Lower inscription on the south face Inscriptions on the north and west faces

The above photographs were taken on 10 December 2002.


Unveiling and Dedication of the Cenotaph, 1 July 1929
http://www.halifax.ca/community/HalifaxCityHall/unveiling_cenotaph.html


Erskine Memorial Fountain Grant Park, Atlanta, Georgia
…Mrs. Ward commissioned New York sculptor J. Massey Rhind to
create a fountain that would serve as a public memorial to her father.
Rhind was a very distinguished artist. Commisssioned by William
Waldorf Astor, he had designed the famous memorial doors of
Trinity Church in New York in honor of Astor’s deceased father.
Rhind came to Atlanta for the fountain’s formal unveiling and was
on hand to receive compliments on his creation, which was then
considered to be one of Atlanta’s most notable landmarks…
http://gpconservancy.org/node/64


One Hundred Broadway 100 Broadway, New York City
Prominently sited at the southeast corner of Broadway and Pine Street,
opposite Trinity Church, the building stands in the heart of the
New York financial district … Clad in Maine granite, the
twenty-four story building features a rich neo-Renaissance
decorative scheme that incorporates Greek elements such as the
Ionic entrance colonnade and the severe classical sculptural figures,
designed by J. Massey Rhind, at the third story…
http://www.100broadway.com/history.html