Before 1784, this area — now known as Westmorland County,
New Brunswick — was part of Sunbury County in Nova Scotia.
Historic events that occurred here in the 1750s, 1760s, and 1770s
took place in what was then Nova Scotia. Plaques and monuments
commemorating events that happened here before 1784 are included
in this collection of Nova Scotia historic markers. These include the
capture of Fort Beausejour in 1755, and the Eddy Rebellion of 1776.

On 22 May 1755 a fleet of three warships and thirty-three transports
carrying 2100 soldiers sailed from Boston, Massachusetts, landing at
Fort Lawrence on 3 June 1755. The following day the British forces
attacked Fort Beausejour and on 16 June 1755 the French forces
evacuated to Fort Gaspereaux, arriving on 24 June 1755 and onward
to Fortress Louisbourg where they were re-garrisoned on 6 July 1755.
This battle proved to be one of the key victories in the
Seven Years War
which saw Britain gain control of all of New France and Acadia. 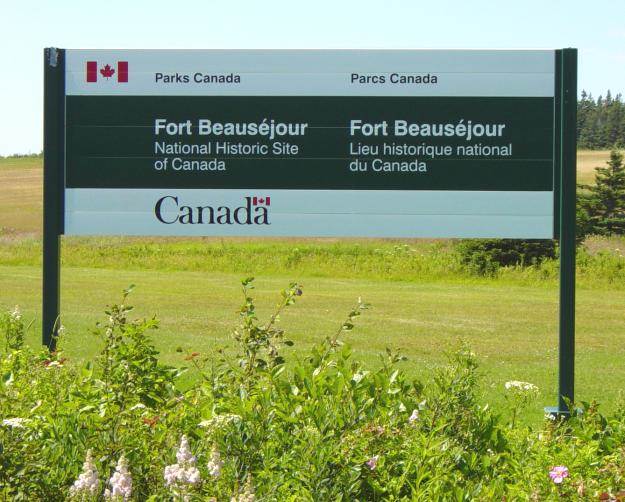 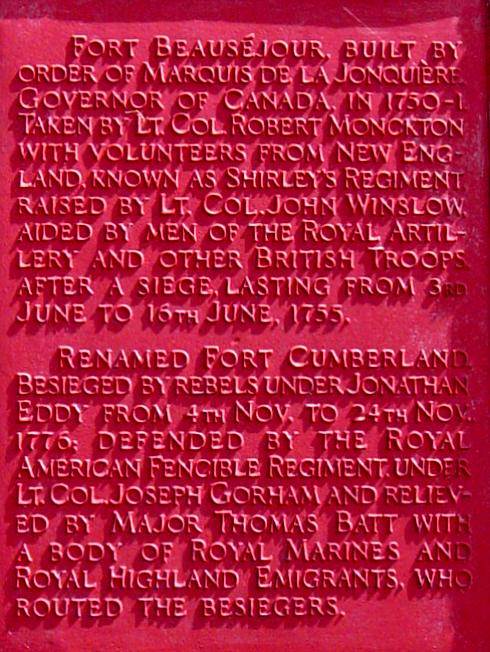 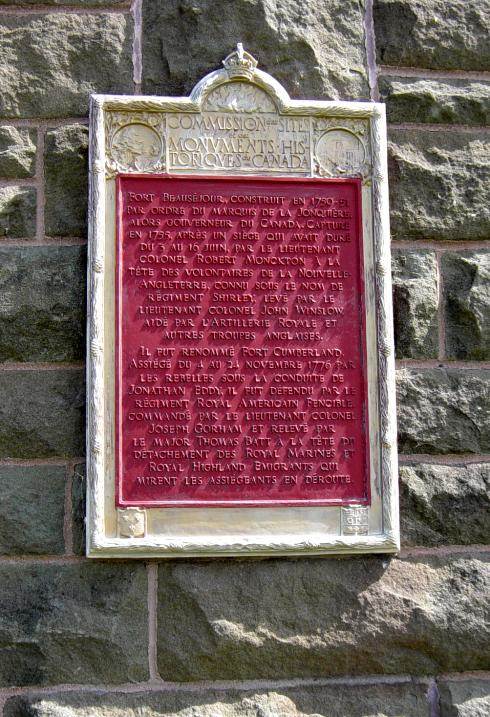 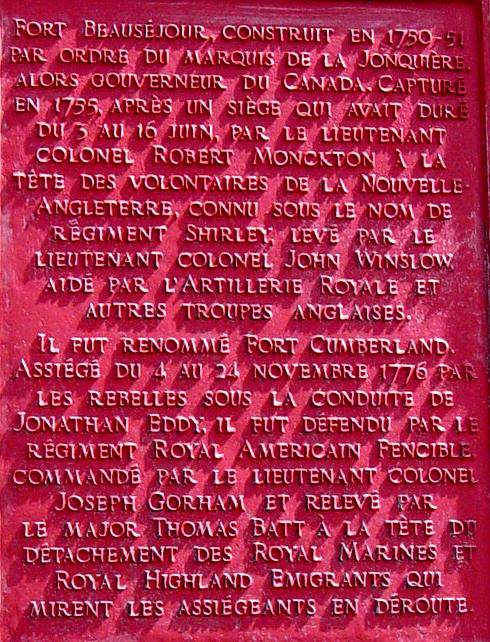 Photograph of the Fort Beausejour Museum showing the location of these two plaques. 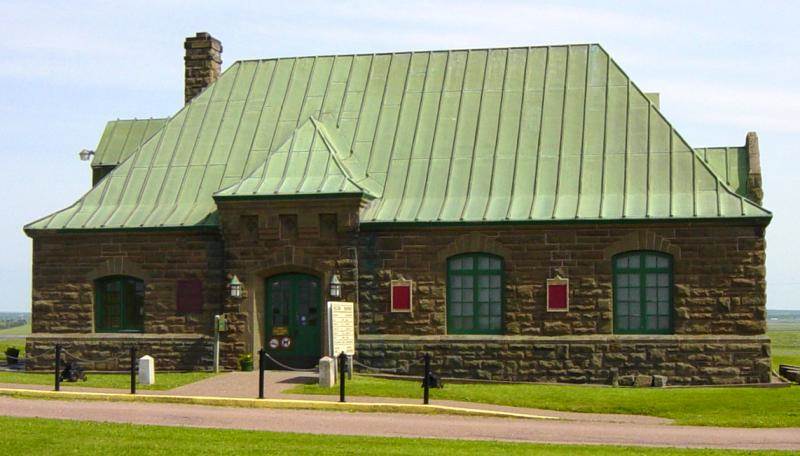 This photograph (above) shows two small cannons (circled below)
on either side of the main entrance to the Fort Beausejour Museum.
Just one week after this photograph was taken, these two cannons
were stolen, during two separate nights, June 30th and July 2nd, 2005.

There are two forts named Cumberland that had military
significance during the Seven Years War 1754-1763:
One is located in present-day Cumberland, Maryland.
The other is near present-day Amherst, Nova Scotia.

Isthmus of Chignecto: Communications and Transport in the 1750s
Excerpted from the Parrsboro Citizen, 9 December 2000
http://alts.net/ns1625/nshist02.html