Located at the top of Blockhouse Hill 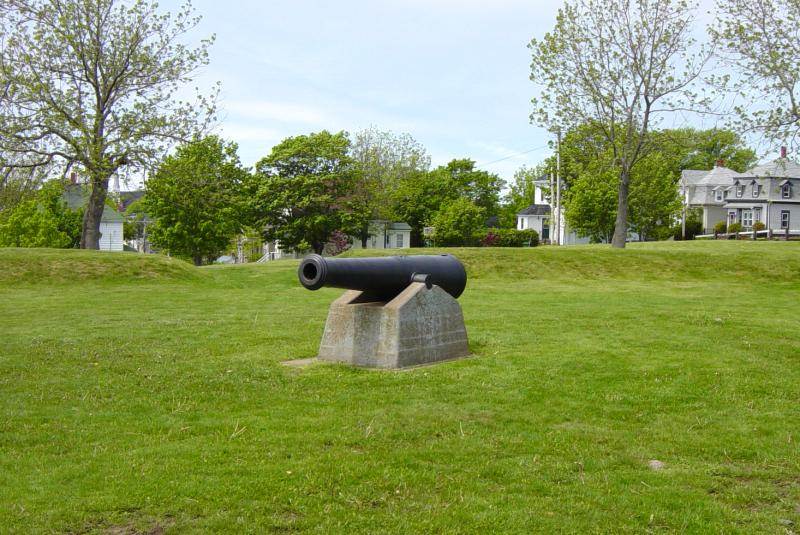 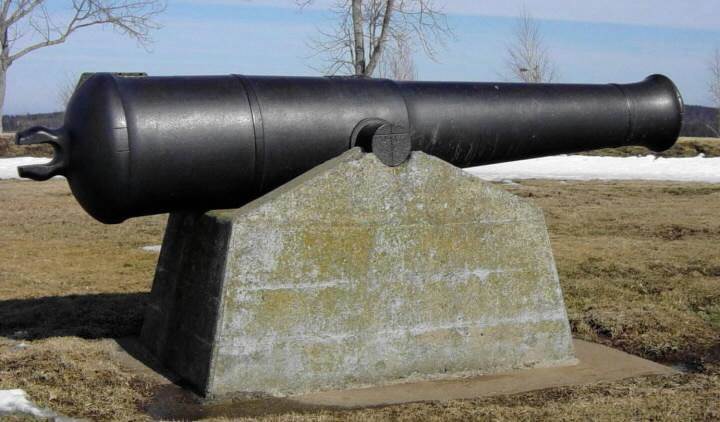 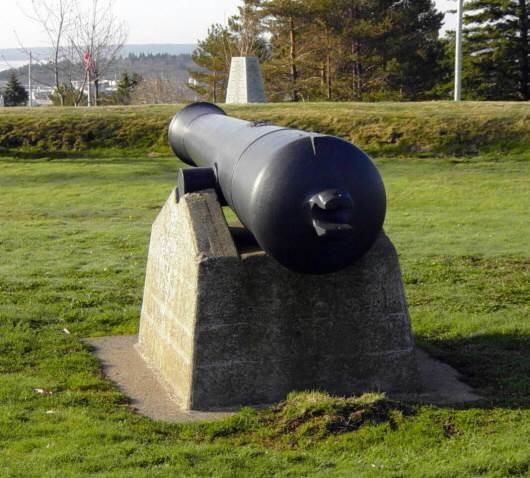 Looking past the cannon on Blockhouse Hill toward the Montbeliard Monument 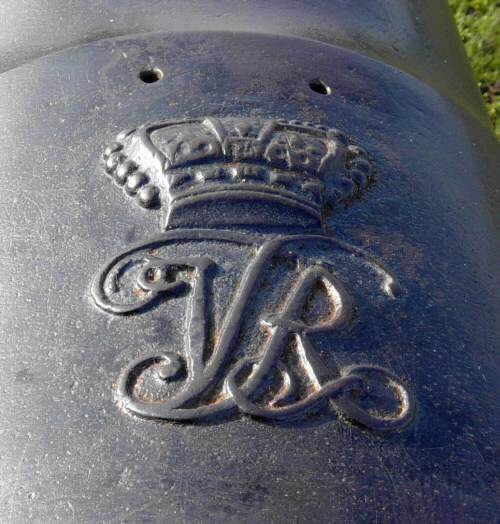 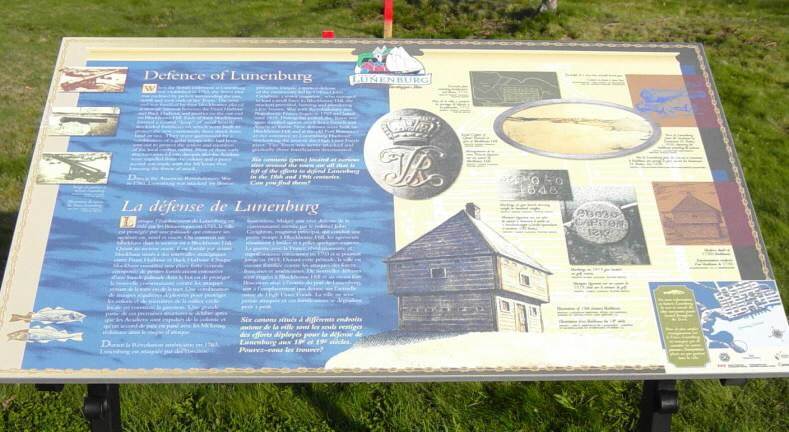 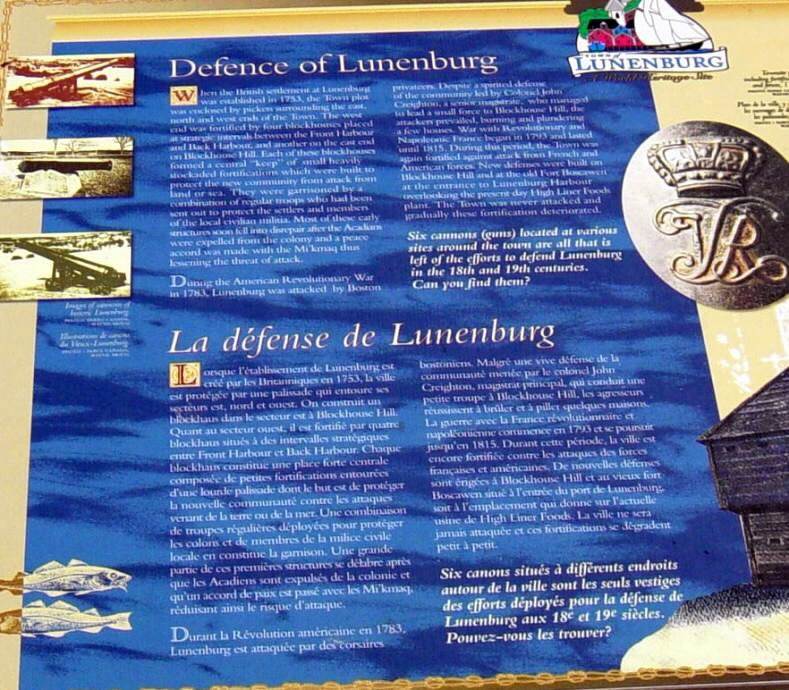 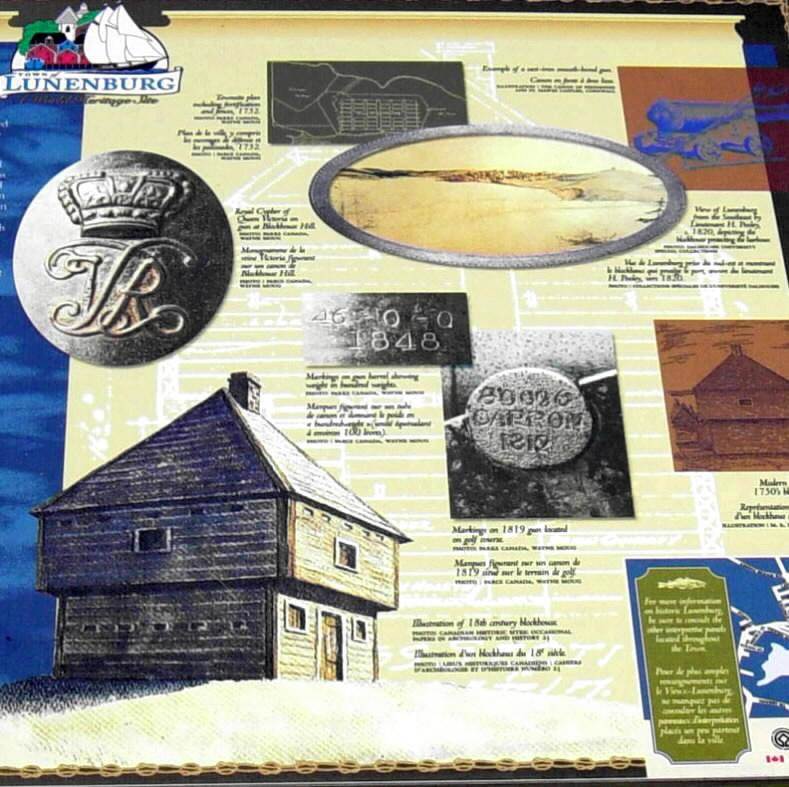 Mistakes in the Interpretative Panel 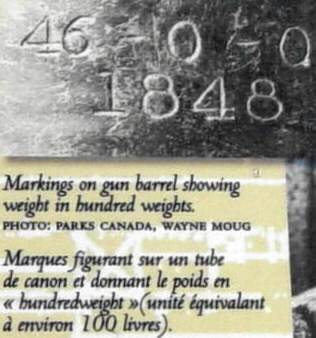 Parks Canada got it wrong.

This interpretative panel contains a significant historical error.
<<hundredweight>>
(unité équivalant à environ 100 livres)
That is false.
A hundredweight was equivalent to 112 pounds, not 100.
This cannon was manufactured in England for the British government.
The British government paid for it. Its weight was stated in the Imperial
system of measures, including the legal definition of the “hundredweight.”
The hundredweight was part of a system of measures of weight that
was in commercial use throughout the British Empire, including
Nova Scotia, from ancient times – as legally defined in 1340 by
King Edward III, the hundredweight was equal to eight stones
of 14 pounds each – through the 1960s and into the 1970s.
For example, through the first half of the twentieth century and into
the 1970s, coal for heating (homes, schools, offices, etc.) in Nova
Scotia was bought and sold at retail by the short ton of 2000 pounds,
but wholesale transactions (the sale of coal from the mine to the local
fuel dealer) were measured by the long ton of 2240 pounds.
The long ton was defined as twenty hundredweight.
Twenty times 112 is where the 2240 pounds comes from.

There is a spelling error in the English text.
“Hundredweight” is one word, not two.