Fort Anne is Canada’s oldest national historic site.
It was declared a Dominion (federal) park in 1917. 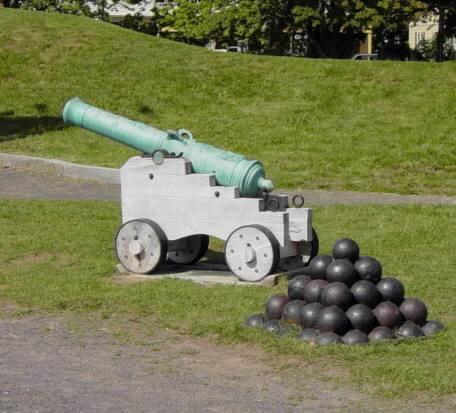 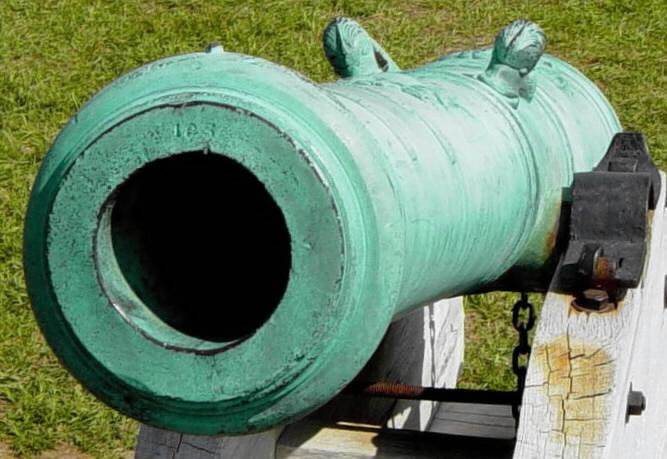 This cannon is named LA RUGISSANT, “The Roaring One”. 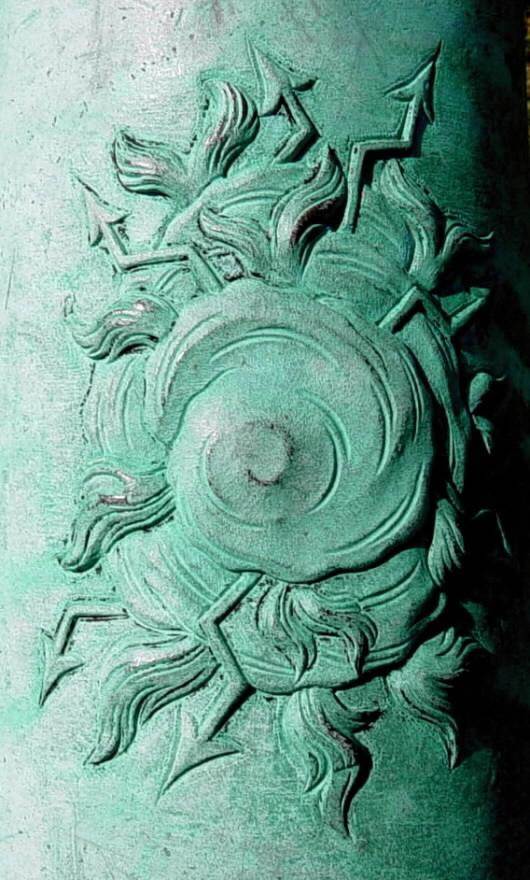 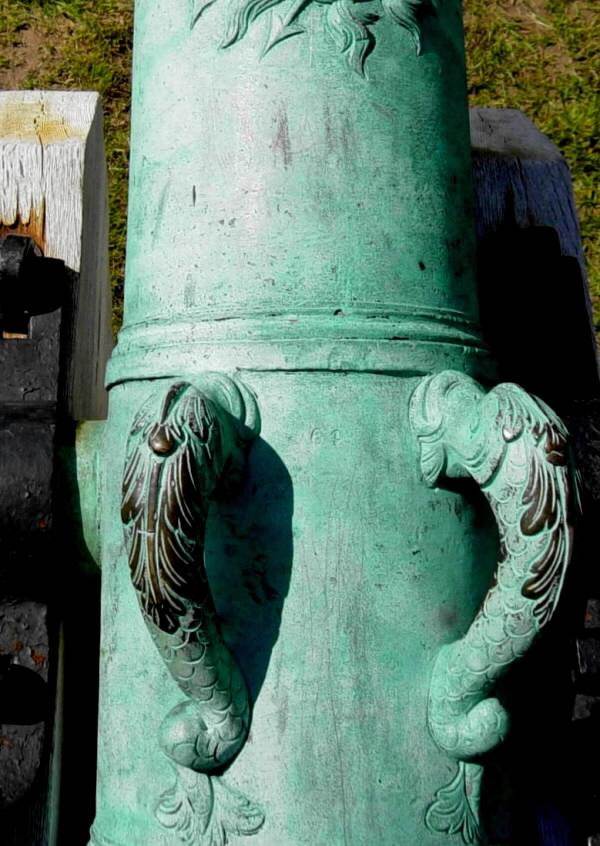 The decorative lifting handles were often cast in the shape of stylized dolphins.

The centerline of the trunnions was placed slightly ahead of the center of gravity of the gun.
The handles were placed so that the lifting point was slightly behind the trunnion centerline.

The first reinforce bears the famous device
of the “Sun King”, Louis XIV
with his motto, NEC PLURIBUS IMPAR.
“Not unequal to many” was Louis’ roundabout way of
describing himself as a match for any number of adversaries.

Atlantic Convoys from Sydney in the Second World War