Located on the Parade, South Street at Central Street 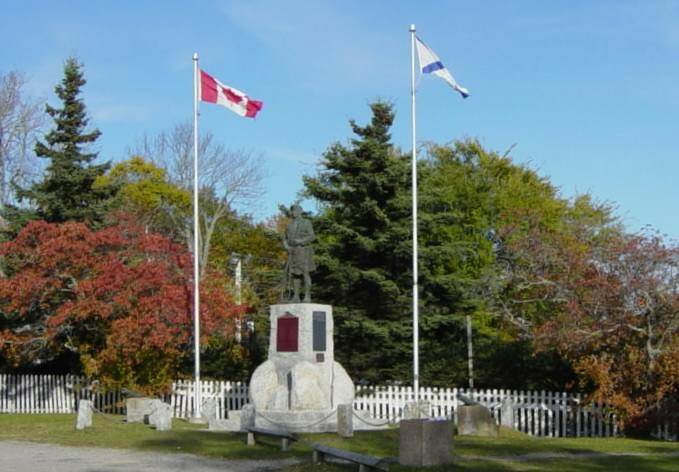 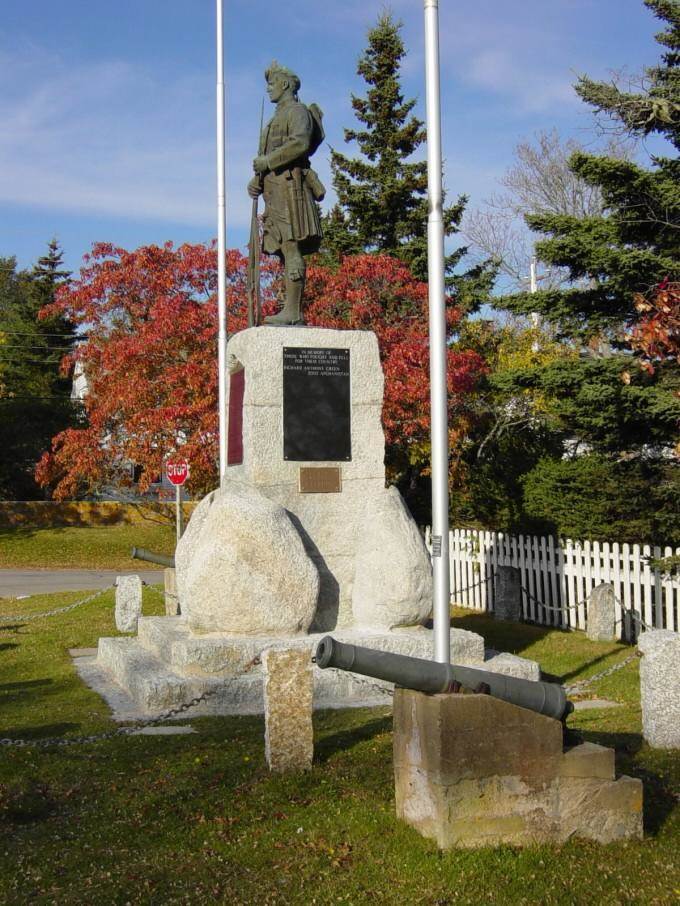 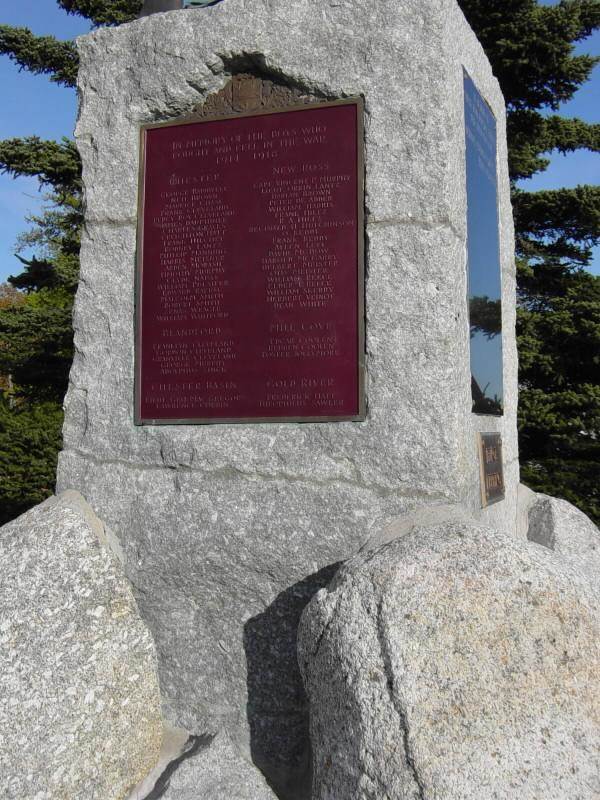 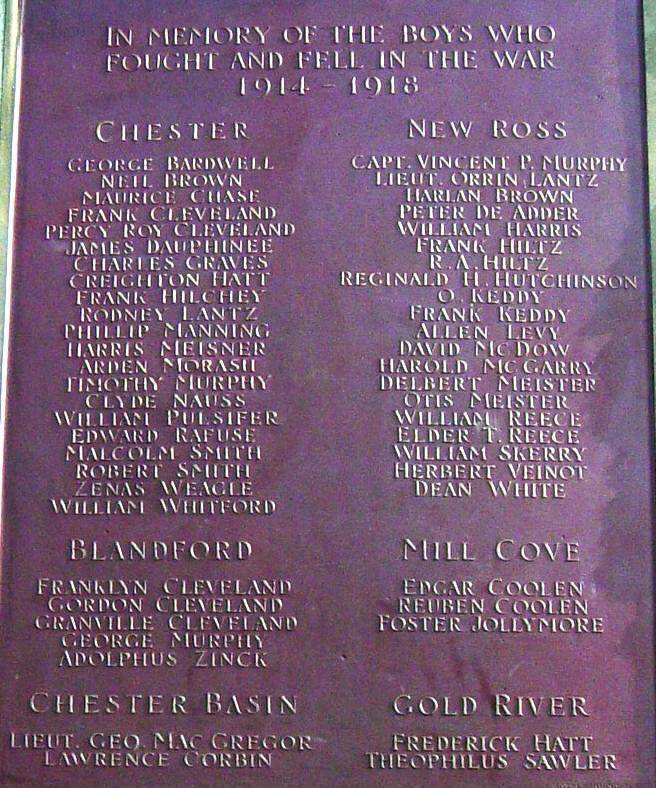 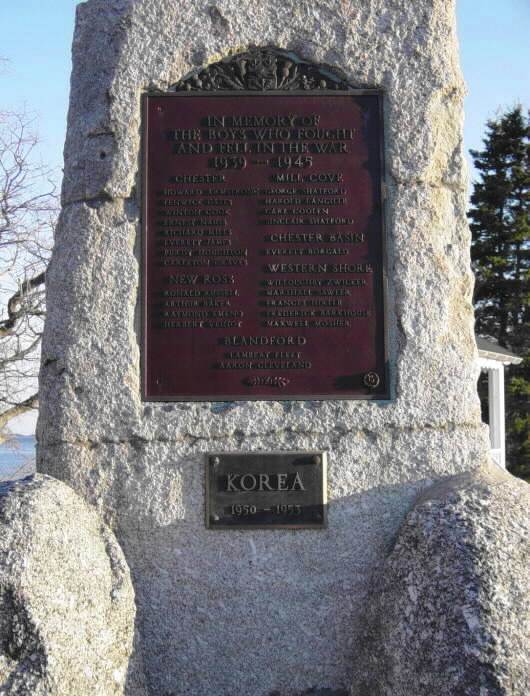 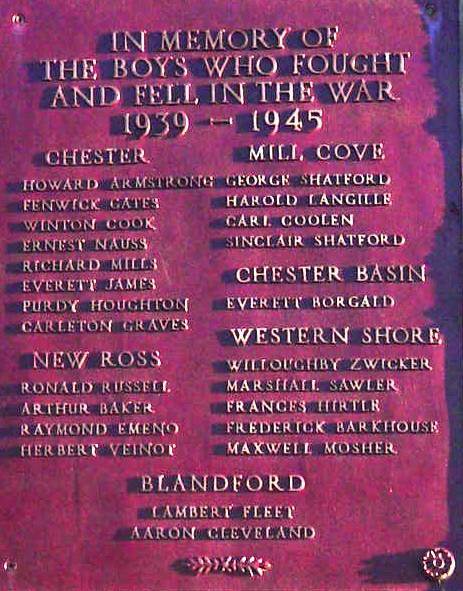 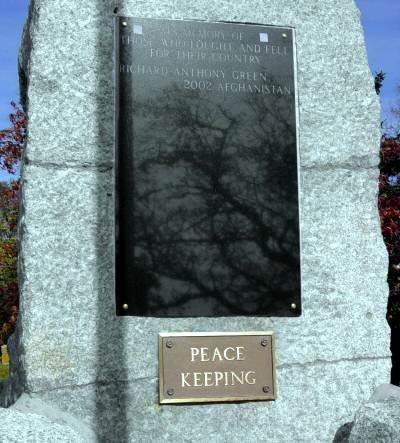 For the first time in more than half a century, a small
community in Nova Scotia has added the name of
a young soldier to the local war memorial… 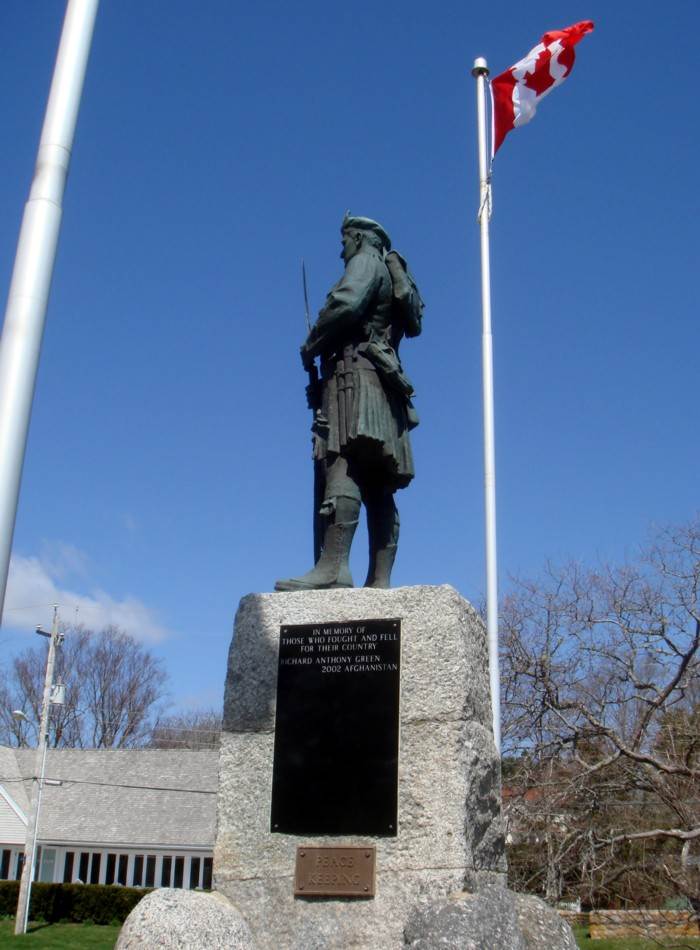 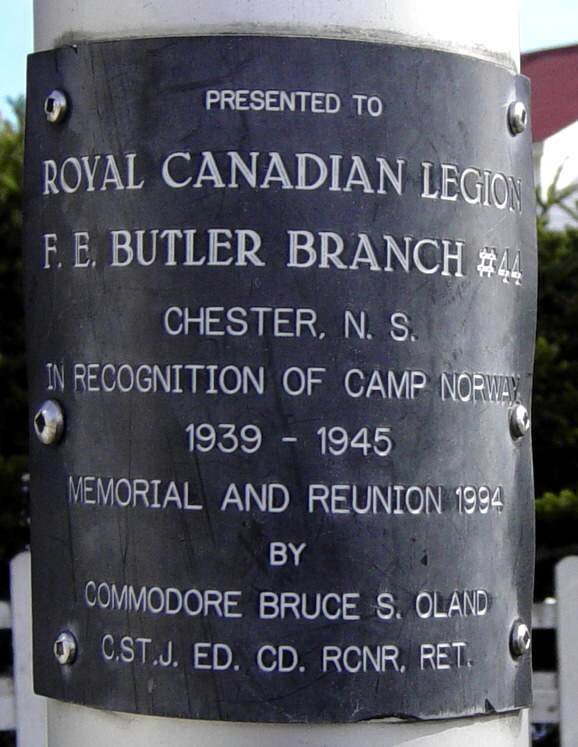 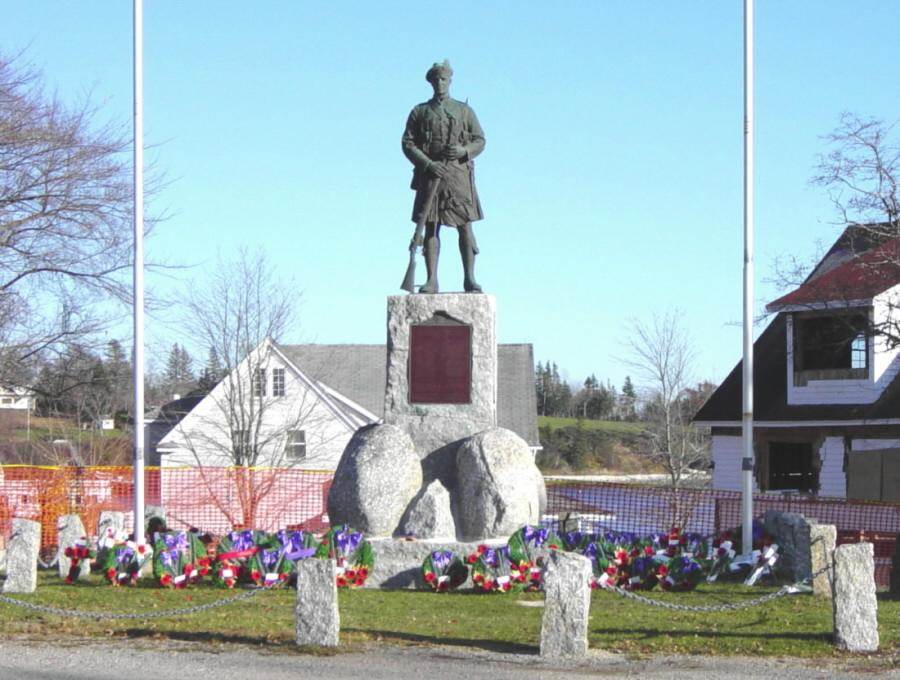 
Mother of soldier killed by U.S. bomb to lay wreath in Ottawa by the CBC, 11Nov.2002
Doreen Coolen has been invited to take part in the national Remembrance Day
ceremonies in Ottawa on Monday, but it’s an honour the Nova Scotia woman
would rather not have. The Royal Canadian Legion asked her to
represent all Canadian mothers who have lost a child in war.
She is this year’s National Silver (Memorial) Cross Mother.
http://www.cbc.ca/canada/story/2002/11/10/remembrance_mom021110.html


Canada remembers by the CBC, 12Nov.2002
Doreen Coolen, whose son was killed this spring in Afghanistan,
was at the memorial to lay a wreath in honour of all those
dead soldiers’ mothers. Pte. Richard Green was one of four
Canadians killed in a so-called friendly fire incident last
April near Kandahar. Coolen followed Governor General
Adrienne Clarkson in placing her wreath. Prime Minister
Jean Chrétien and U.S. Ambassador Paul Cellucci were
among other dignitaries to pay their respects with wreaths…
http://www.cbc.ca/canada/story/2002/11/11/remem_day021111.html


Relatives press for lawsuit in friendly-fire deaths
by the CBC, 22March2003
Relatives of a Nova Scotia soldier killed in Afghanistan last year are pressing forward with their lawsuit against the U.S. Air Force…
http://www.cbc.ca/canada/story/2003/03/22/lawsuit030322.html


Erskine Memorial Fountain Grant Park, Atlanta, Georgia
…Mrs. Ward commissioned New York sculptor J. Massey Rhind to
create a fountain that would serve as a public memorial to her father.
Rhind was a very distinguished artist. Commisssioned by William
Waldorf Astor, he had designed the famous memorial doors of
Trinity Church in New York in honor of Astor’s deceased father.
Rhind came to Atlanta for the fountain’s formal unveiling and was
on hand to receive compliments on his creation, which was then
considered to be one of Atlanta’s most notable landmarks…
http://gpconservancy.org/node/64


One Hundred Broadway 100 Broadway, New York City
Prominently sited at the southeast corner of Broadway and Pine Street,
opposite Trinity Church, the building stands in the heart of the
New York financial district … Clad in Maine granite, the
twenty-four story building features a rich neo-Renaissance
decorative scheme that incorporates Greek elements such as the
Ionic entrance colonnade and the severe classical sculptural figures,
designed by J. Massey Rhind, at the third story…
http://www.100broadway.com/history.html