Located on the waterfront at the Alderney Gate Events Plaza, 2 Ochterloney Street 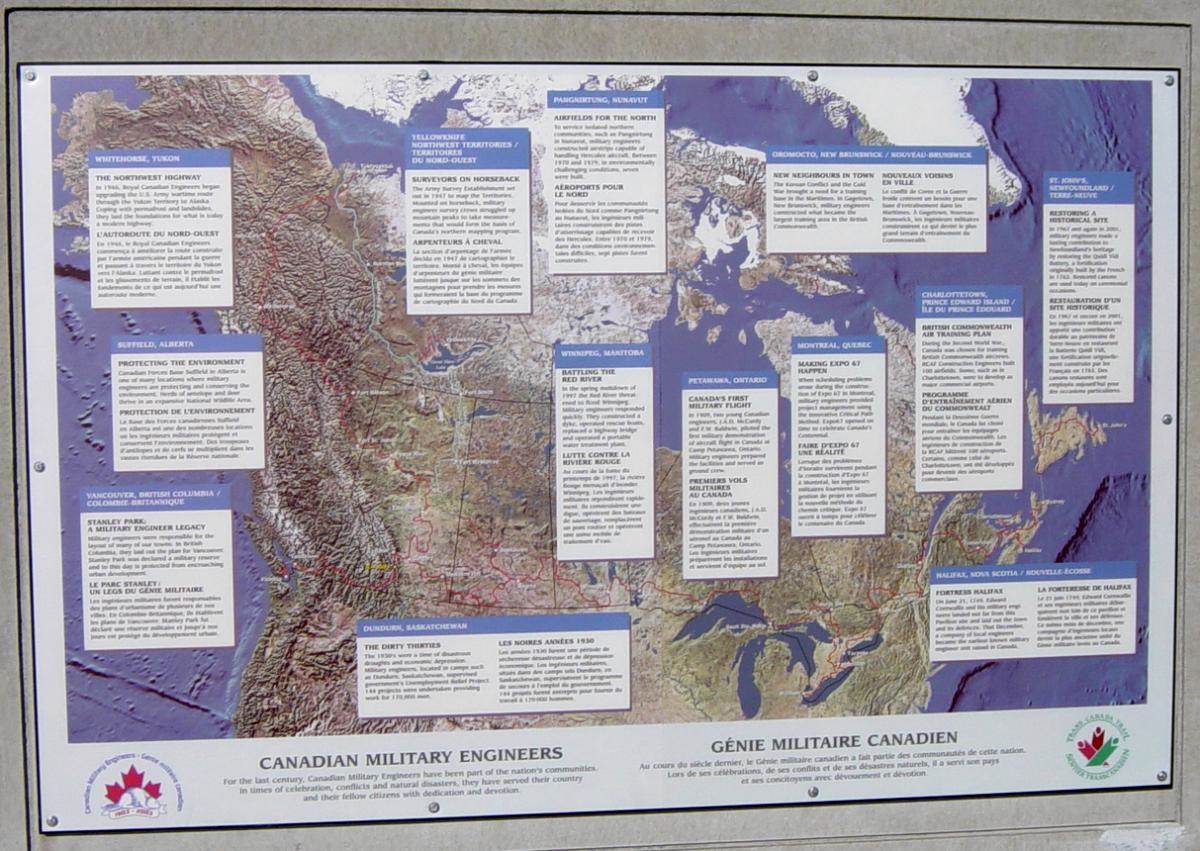 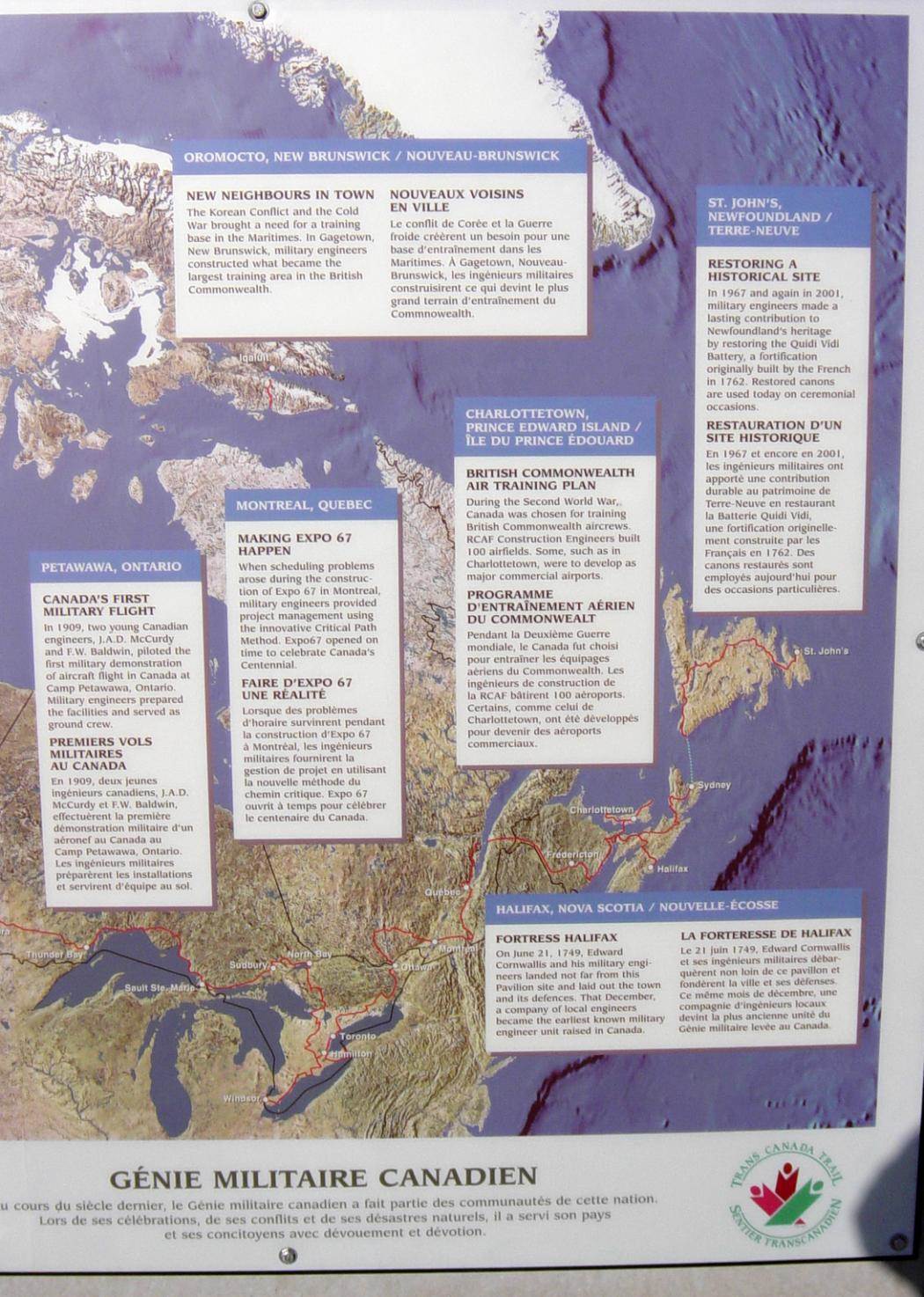 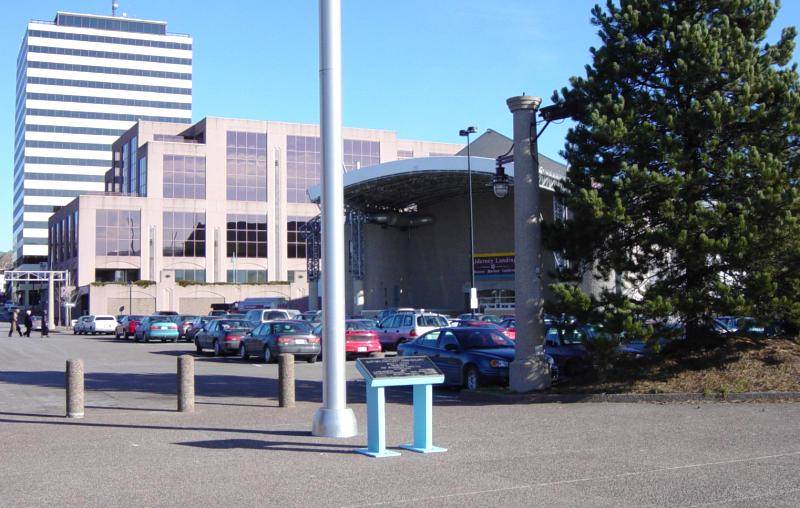 The above photographs were taken on 11 December 2002


Bridges for Canada
On May 17th 2001, the three outer walls of the Trans Canada Trail Pavilion
in Halifax (sic: should read Dartmouth), Nova Scotia were dedicated as a
Tribute to the Military Engineers: a statement of appreciation for their
contributions to the Trail and in recognition of their long history of
service to Canada. The Pavilion’s exterior wall panels will permanently
record their proud place in the building of our nation. Set at the
Dartmouth ferry terminal overlooking Citadel Hill, McNabs Island defences
and the Halifax Dockyard, the Pavilion is located in a historically
meaningful area that captures the military engineer heritage…
http://www.tctrail.ca/index.php?section_id=74&lang=en


Customs and Traditions of the Canadian Military Engineers
http://www.forces.gc.ca/admie/dgcps/CME_customs_e.htm