Located on the grounds of Government House, Barrington Street, Halifax 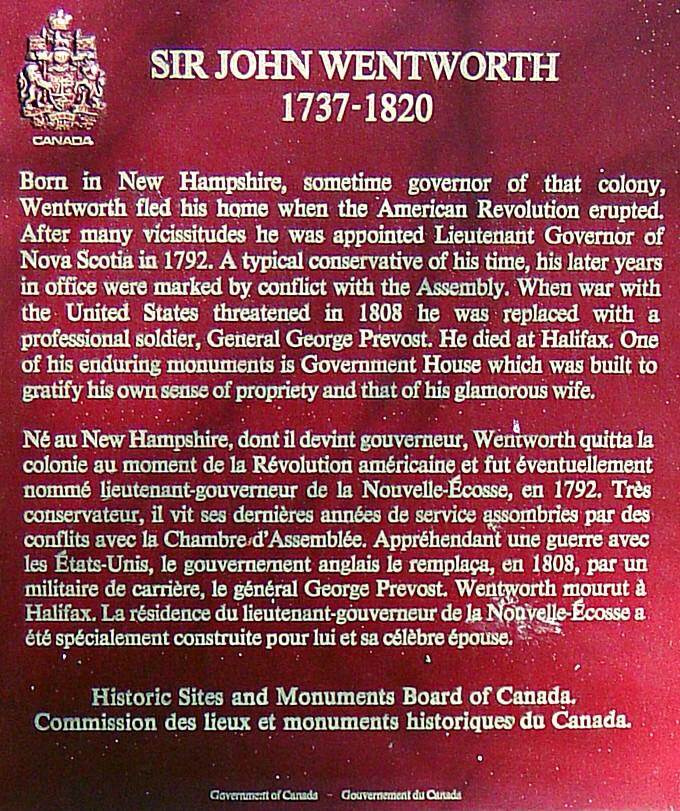 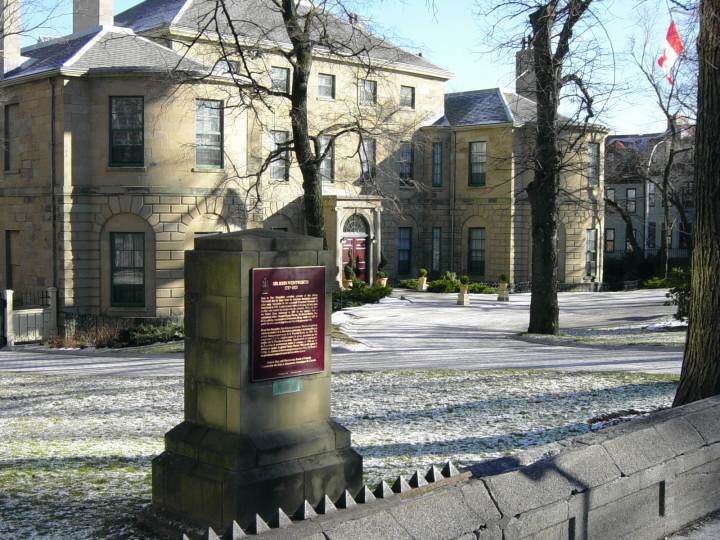 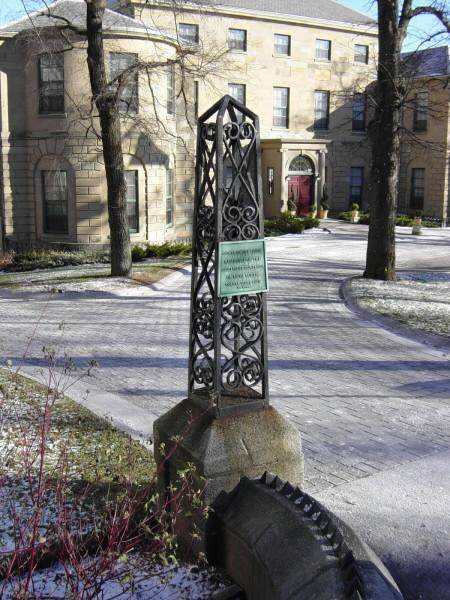 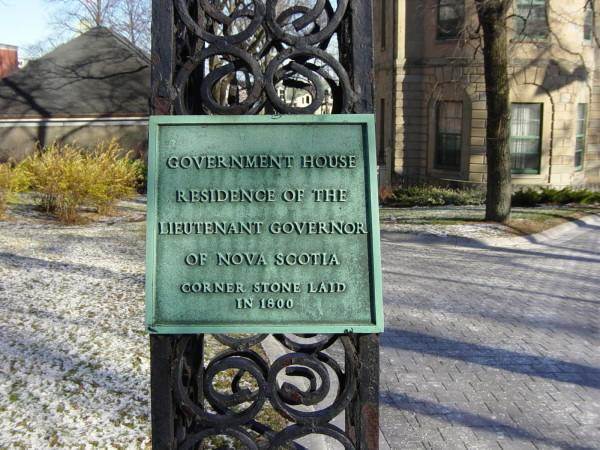 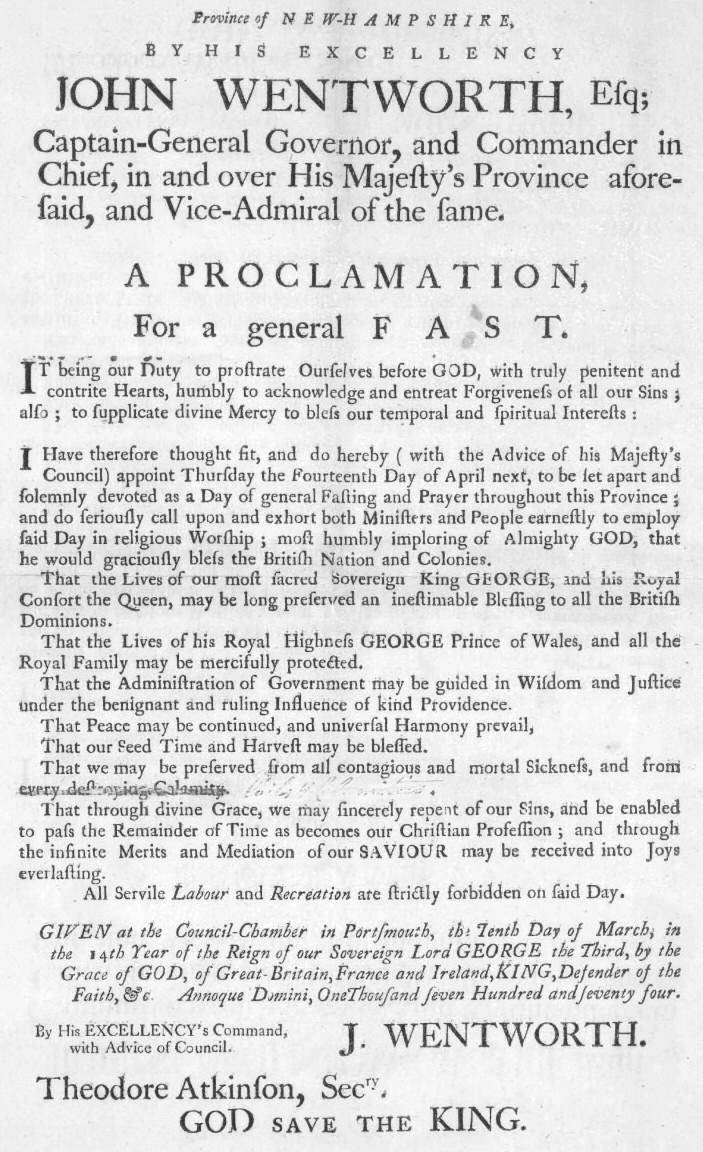 The Wentworths: a benevolent aristocratic family dynasty of appointed governors
…When Governor Wentworth discovered a mob pointing a cannon at his home,
he took the hint. Wentworth removed his family to Boston and later to Nova Scotia…
http://www.seacoastnh.com/history/rev/

John Wentworth NH’s last British leader did his best to keep peace,
but John and Frances Wentworth had to flee … John Wentworth engendered
less ill-will among Americans than almost any other highly placed
British official in the colonies. Yet, in spite of favorable sentiment,
Wentworth could not avoid the decree of history and became one of the
tragic figures of the American Revolution…
http://www.seacoastnh.com/framers/wentworth.html

Joshua Wentworth House …John Wentworth’s Wolfeboro house was palatial
in size. One hundred feet wide and forty deep, it was one of the great mansions
of New England. The Governor spent several summers in the house as work
continued on it. In 1775, however, as revolutionary events reached
New Hampshire, Wentworth left the province never to see Portsmouth
or Wolfeboro again…
http://www.strawberybanke.org/museum/wentworth/wentworth.html

Governor Wentworth: letter to the Earl of Dartmouth 20 December 1774
http://www.izaak.unh.edu/exhibits/1774/WENT3.HTM

Benning Wentworth (governor of New Hampshire 1741-1766)
was the uncle of Sir John Wentworth.