How to get there: See map below 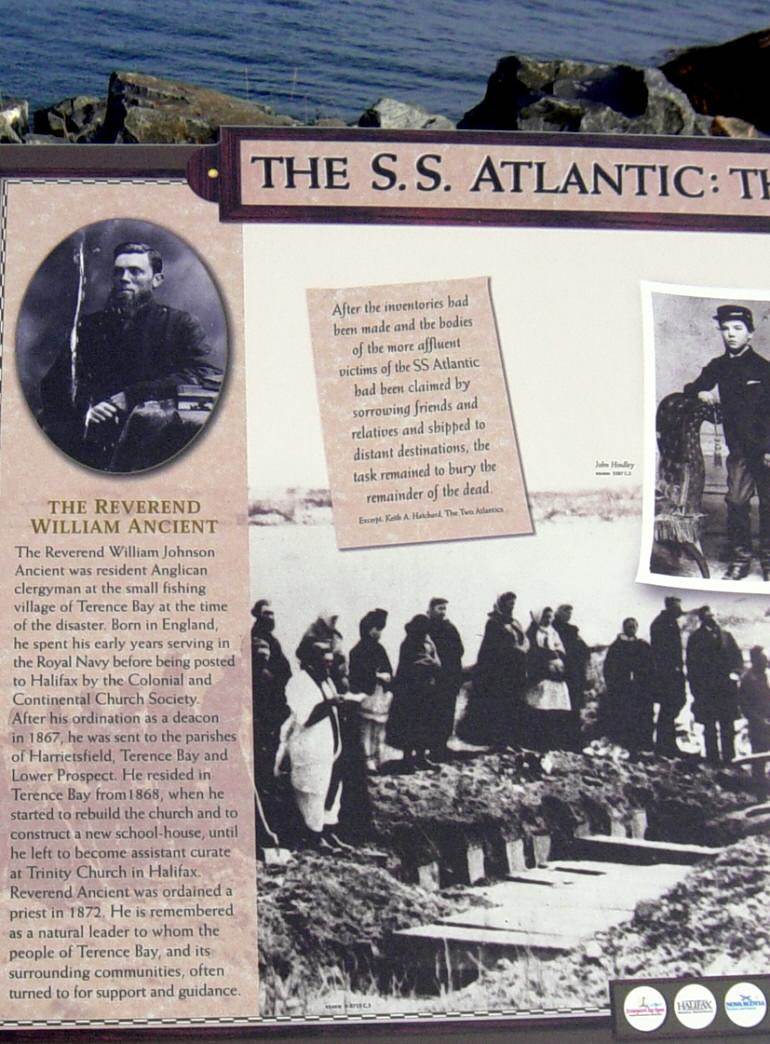 In the spring of 1873 Ancient attracted worldwide attention
for his involvement in one of the most spectacular North Atlantic
marine disasters of the late 19th century… He was honoured by
the government of Canada, the Humane Society of Massachusetts,
and the Citizens’ Relief Committee of Chicago…

Wreck of the S.S. Atlantic, by Currier and Ives

Wreck of the Atlantic, 1873
http://www.theshipslist.com/ships/Wrecks/wreckatlantic1873.html

Loss of the Atlantic, 1873
http://www.ist.uwaterloo.ca/%7Emarj/genealogy/ships/atlantic1873.html

S.S. Atlantic: An account of the disaster On March 31st Captain Williams
and third officer C. L. Brady were at the bridge till midnight, there was
a heavy sea running and it was very dark…
http://www.norwayheritage.com/articles/templates/
great-disasters.asp?articleid=1&zoneid=1

Great Marine Disasters from 1866 to 1911
http://gaslight.mtroyal.ca/titnmarn.htm