Located at Fort Needham, at the north end of Gottingen Street 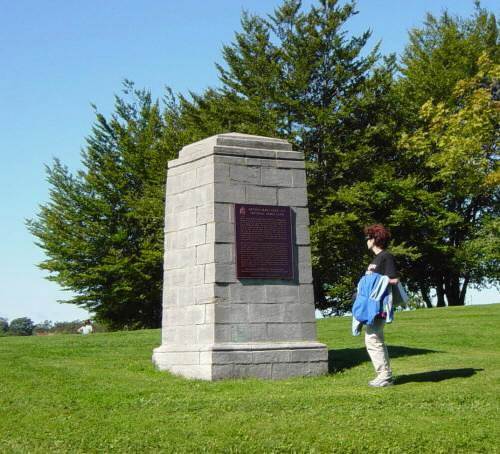 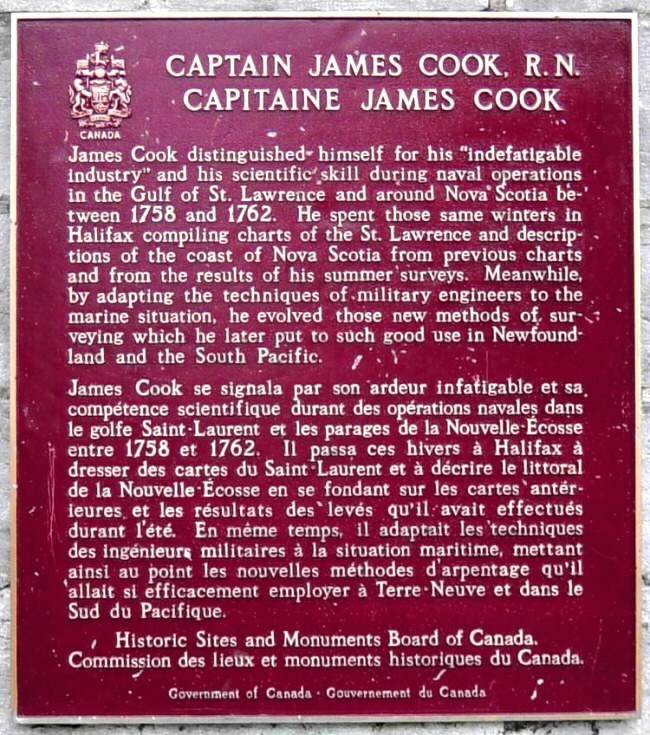 James Cook distinguished himself for his tireless industry
and his scientific skill during Royal Navy operations in the
Gulf of St. Lawrence and around Nova Scotia 1758 – 1762.
During this time, while he was based in Halifax, he developed
exceptional navigational and cartographic skills. He piloted
the fleet from Halifax that, under General Wolfe, in 1759
sailed up the St. Lawrence River and captured
the French colony of Quebec. 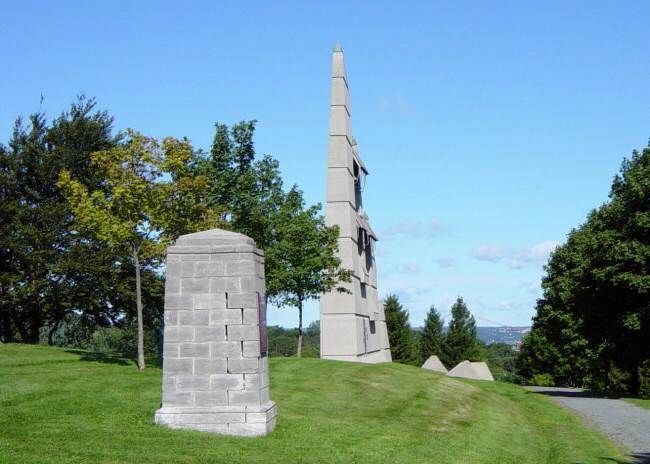 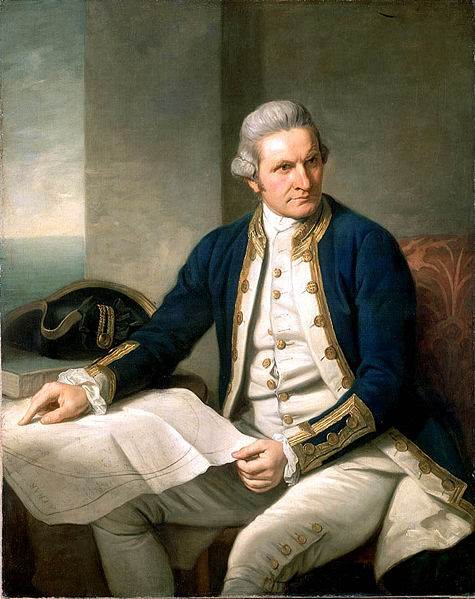 Captain James Cook: A portrait by Nathaniel Dance painted in 1776,
the year in which Cook set off on his last journey.

Captain James Cook James Cook played a significant role in
the history of Nova Scotia. He cruised the coasts of Nova Scotia
as a junior naval officer during the final years of that period when
the French were to lose possession of Acadia, and, for that matter,
all Canada, 1756-1763…
http://www.blupete.com/Hist/BiosNS/1700-63/Cook.htm

Captain James Cook, by John Boileau
In recognition of Cook’s time in Halifax, the Historic Sites and
Monuments Board of Canada erected a cairn and plaque to him.
It stands at Fort Needham, near the top of the hill and just south
of the Halifax Explosion Memorial Bell Tower…
http://www.herald.ns.ca/stories/2002/10/27/f269.raw.html

Captain James Cook On 12 June 1758 the Pembroke reached
Louisbourg to join the blockade of the fortress, which lasted until
July 26th when the French finally surrendered. The next day Cook
met Samuel Holland, an Army surveyor-engineer, surveying on the
beach at Kennington Cove near Louisbourg. Cook was curious
and, with Simcoe’s permission, Holland began to teach Cook how
to survey and draw charts…
Cook would spend several winters and all of 1761 in Halifax…

Royal Navy history: Captain James Cook During the Eighteenth
Century, the British Admiralty engaged in a major programme of
scientific surveying that greatly increased knowledge of the
geography of the globe. Most renowned of the officers involved
was Captain James Cook. His first survey was of Gaspe Bay
[Kennington Cove] in Nova Scotia in 1758…
http://www.royalnavy.mod.uk/sitecore/content/home/about-the-royal-navy/
organisation/life-in-the-royal-navy/history/naval-leaders/captain-james-cook

Captain Cook memorial Museum Whitby, England
…It was to this house that in 1746 James Cook, then a youth
aged seventeen, came to be apprenticed to Captain John Walker…
http://www.cookmuseumwhitby.co.uk/

Arriving in Canada untutored in the arts and science of cartography,
Cook departed as a brilliant draftsman with a remarkable body of work,
coinciding directly with some of the most significant upheavals and
events in the nation’s history, including the construction of Halifax;
the siege at Louisbourg; the conquest of Quebec; the mapping of
Newfoundland; the first European discovery of British Columbia…