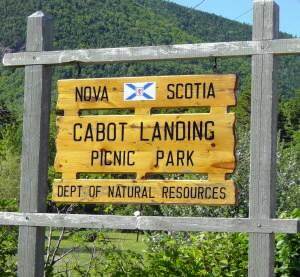 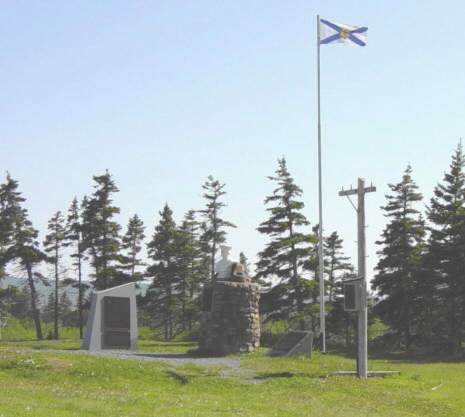 Photographed at dawn on 3 September 2003 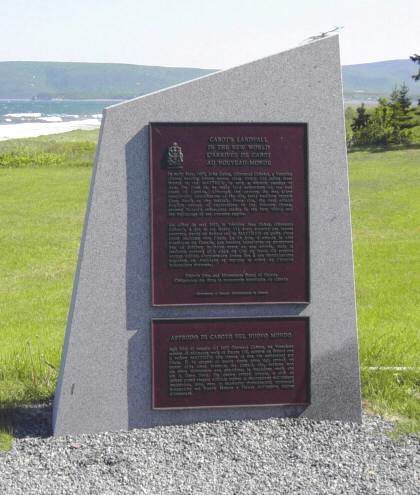 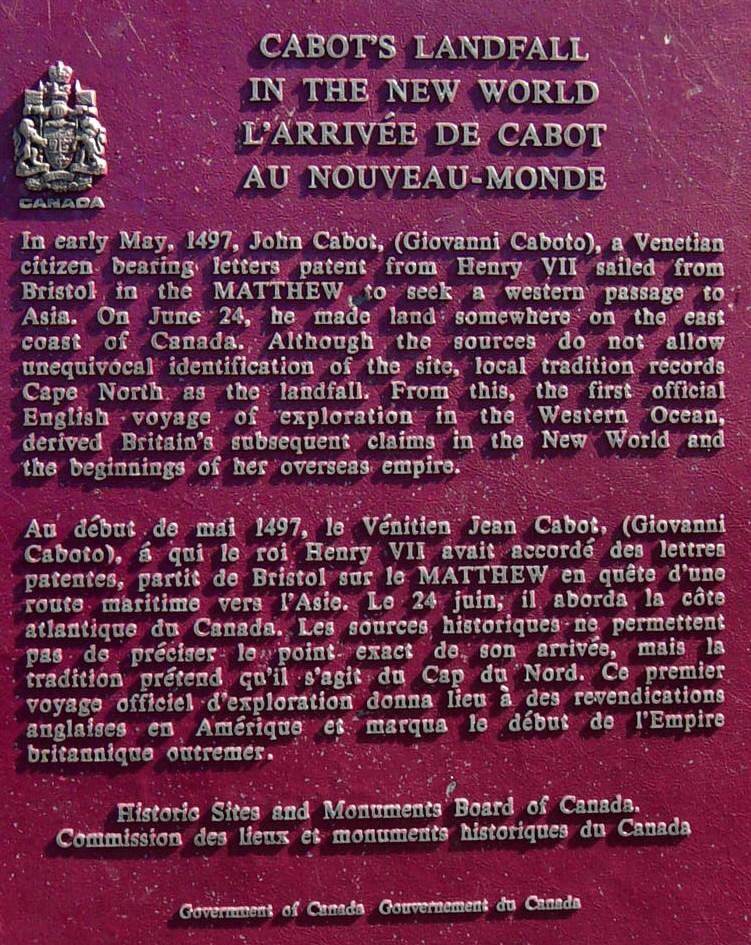 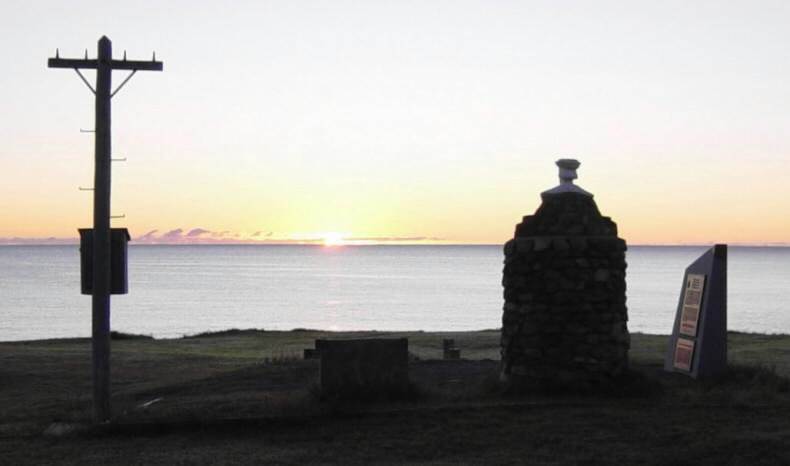 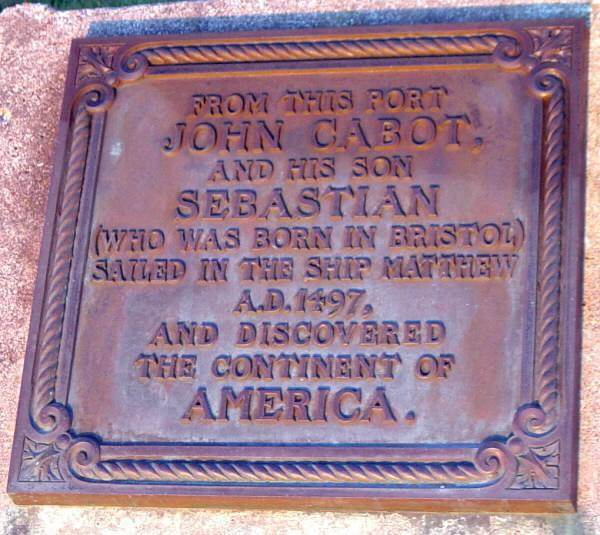 “…this port…” refers to Bristol, England

Photographed at dawn on 3 September 2003

Narrative Report: RCAF Station Sydney, NS – 24 June 1958
The Commanding Officer of RCAF Station Sydney, F/L GW Young, COpsO and F/O KM Morgan, CAdO, accompanied G/C NW Timmerman, CO of Station Chatham, who was representing the AOC, together with a party of 29airmen, today attended the unveiling of the John Cabot Memorial at CapeNorth. The Memorial, which had been erected by the Cape Breton Historical Society, was unveiled by the Honourable Stephen Pyke, Provincial Minister of Labour and the occasion was marked by full participation by all branches of the Armed Forces. A fly-past by three Neptune aircraft was arranged by MACHQ and three Navy ships were standing off shore throughout theceremonies.
Source: http://www.pinetreeline.org/other/other42/other42q.html

Historians have advanced a number of theories concerning his landfall:
some say that Cabot landed some say that Cabot landed in Labrador;
others say it was in Nova Scotia or Cape Breton Island; still others
support a landing in Newfoundland; and a minority argue for a landing
all the way in the Gulf of St.Lawrence, or as far south as Maine.
Each of these theories is based on some evidence and it is impossible
to refute any of them completely. The weight of the evidence seems
to support the Nova Scotian landfall, an hypothesis which had been
generally accepted since William F. Ganong argued persuasively for it in
1929. However, the discovery of a new document in the 1950s reopened
the debate, which has continued with unabated fervor since thattime…

THIS TRAIL, OFFICIALLY OPENED OCTOBER 15, 1932, BY THE PREMIER
OF NOVA SCOTIA, IS NAMED IN HONOUR OF JOHN CABOT
WHO LANDED AT CAPE NORTH, JUN 24, 1497
(signature) PREMIER (signature) MINISTER OF HIGHWAYS

In 1932, the Premier was
Gordon S. Harrington,
and the Minister of Highways was Percy C. Black.

Patent Granted by King Henry VII to John Cabot and his Sons, March 1496 The King, to all to whom, etc. Greeting: Be it known and made manifest that we have given and granted as by these presents we give and grant, for us and our heirs, to our well beloved John Cabot, citizen of Venice, and to Lewis, Sebastian and Sancio, sons of the said John, and to the heirs and deputies of them, and of any one of them, full and free authority, faculty and power to sail to all parts, regions and coasts of the eastern, western and northern sea, under our banners, flags and ensigns, with five ships or vessels of whatsoever burden and quality they may be… Witness ourself at Westminster on the fifth day of March himself, etc.

Letters Patents of King Henry the Seventh Granted unto Iohn Cabot and his Three Sonnes, Lewis, Sebastian and Sancius for the the Discouerie of New and Unknowen Lands …Henry, by the grace of God, king of England and France, and lord of Ireland, to all to whom these presents shall come, Greeting. Be it knowen that we haue giuen and granted, and by these presents do giue and grant for vs and our heiress to our welbeloued Iohn Cabot citizen of Venice, to Lewis, Sebastian, and Santius, sonnes of the sayd Iohn, and to the heires of them, and euery of them, and their deputies, full and free authority, leaue, and power to saile to all parts, countreys, and seas of the East, of the West, and of the North, vnder our banners and ensignes, with fine ships of what burthen or quantity soeuer they be, and as many mariners or men as they will haue with them in the sayd ships, vpon their owne proper costs and charges, to seeke out, discouer, and finde whatsoever isles, countreys, regions or prouinces of the heathen and infidels whatsoeuer they be, and in what part of the world soeuer they be, which before this time haue bene vnknowen to all Christians: we haue granted to them, and also to euery of them, the heires of them, and euery of them, and their deputies, and …