Owned by the Municipality of the District of Guysborough

Located at Leggett Point, on the east shore of Country Harbour 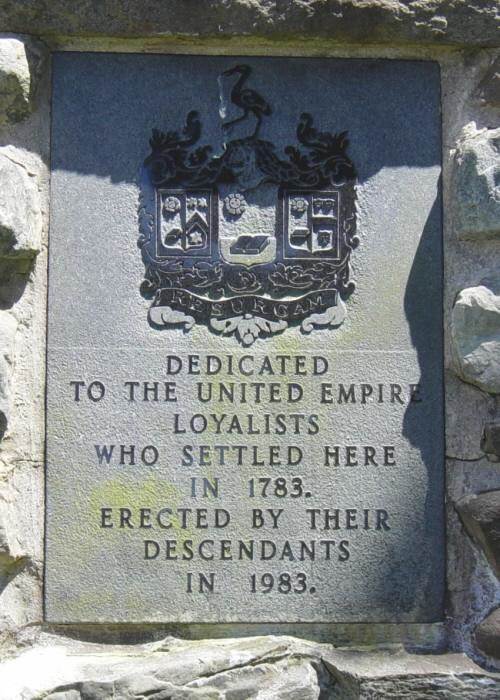 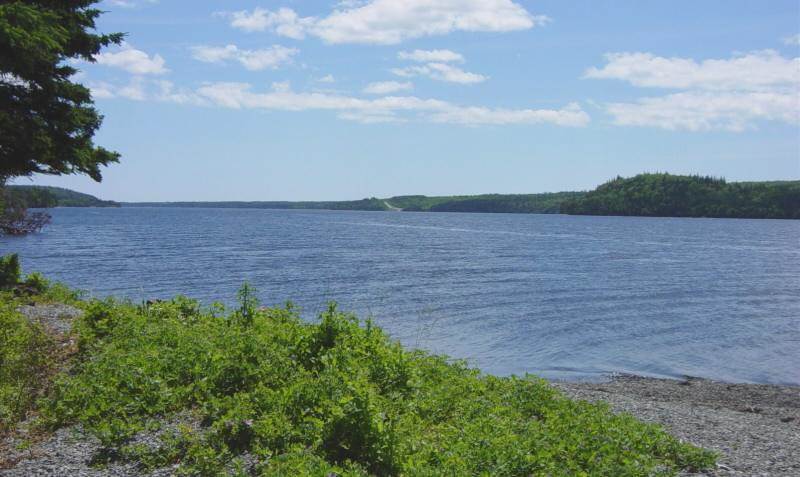 These two photographs (above and below) were taken while standing at the same spot.
(above) Looking southward, along Country Harbour toward the Atlantic Ocean.
(below) Looking eastward. 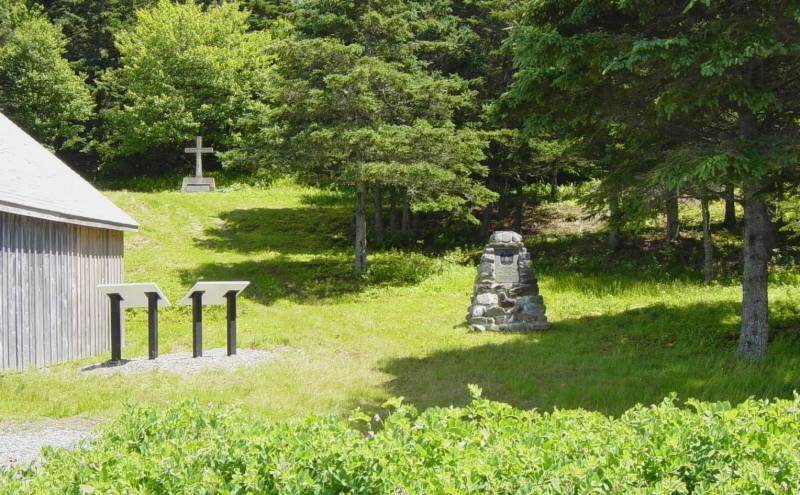 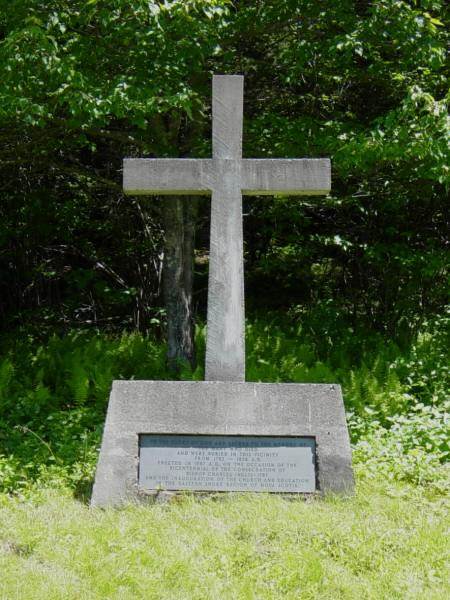 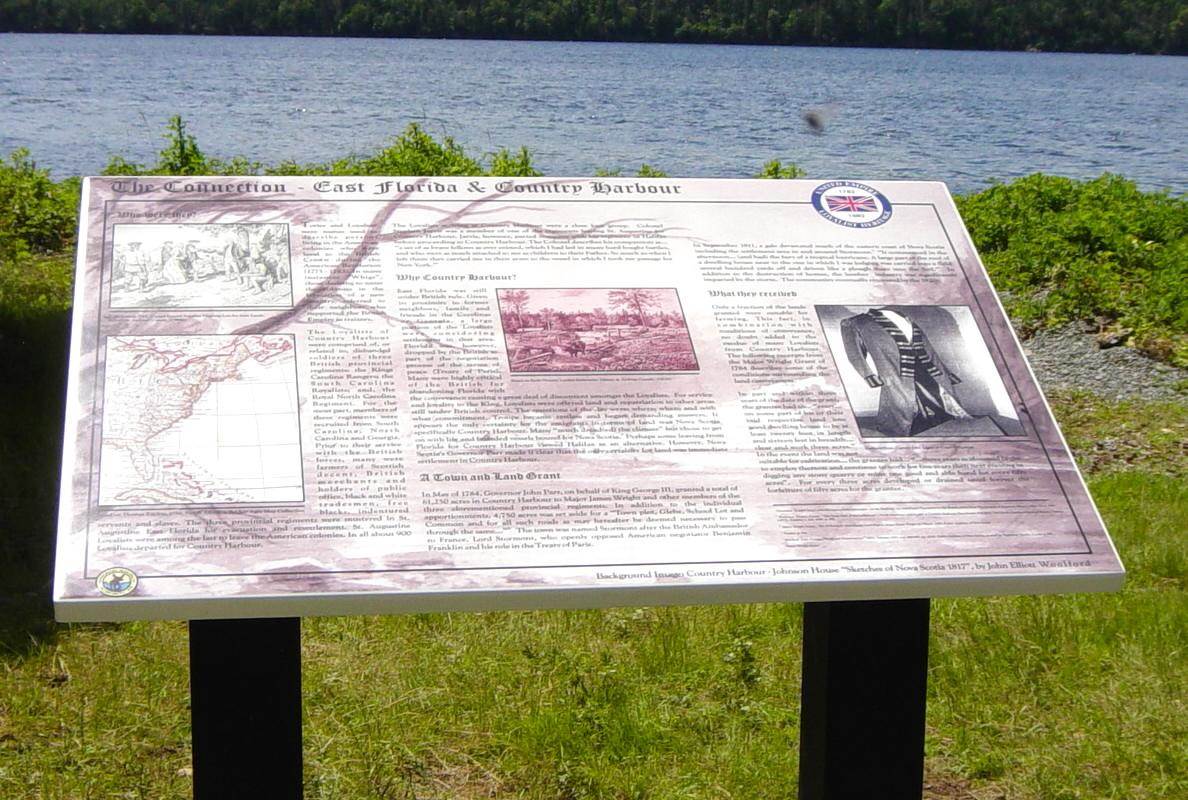 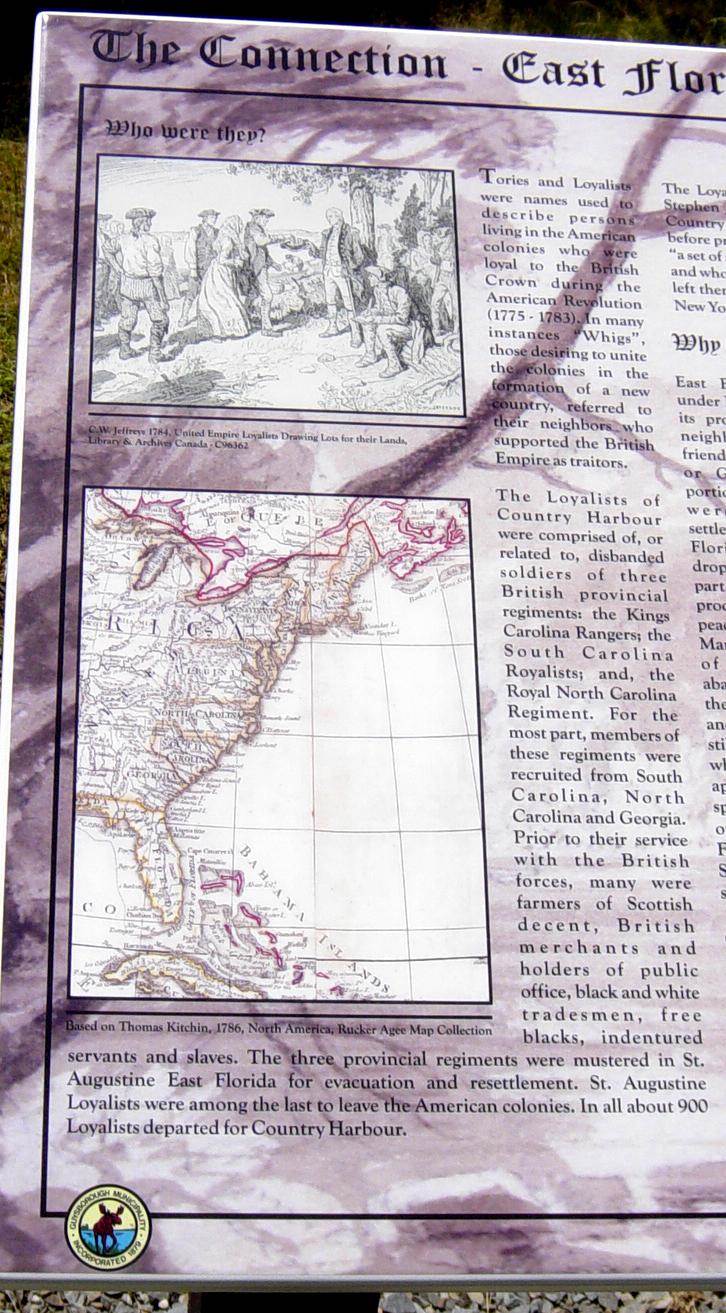 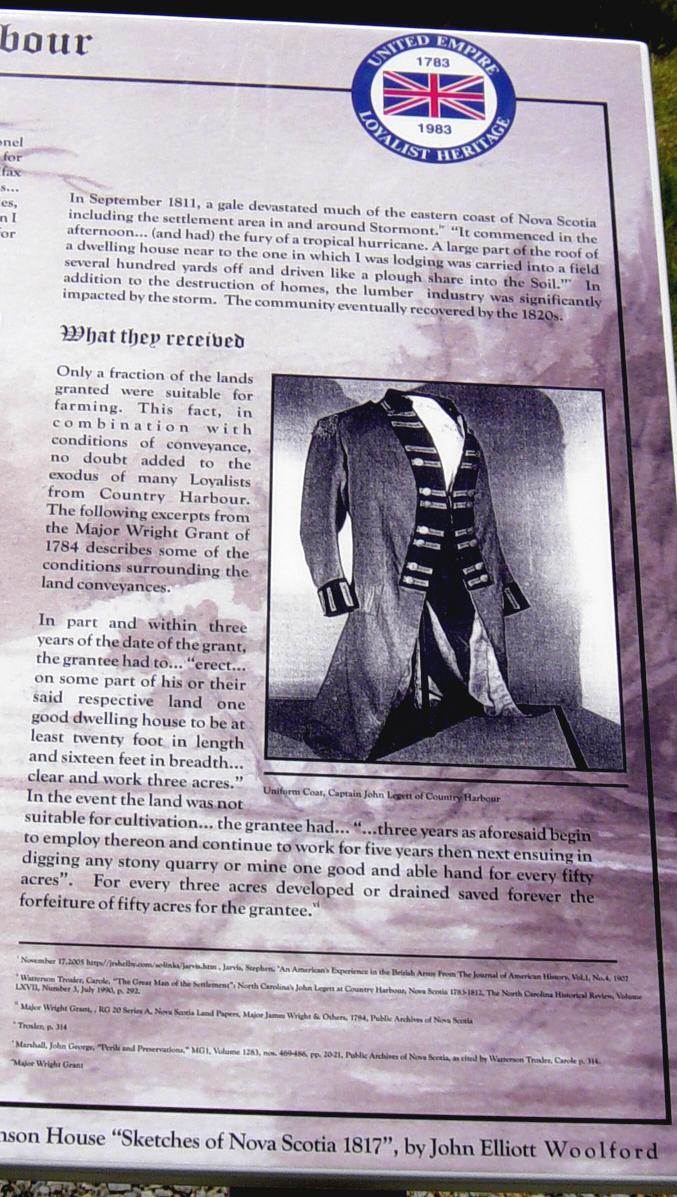 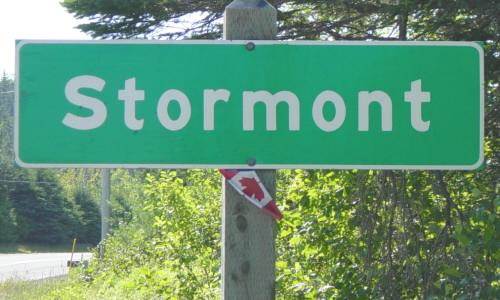 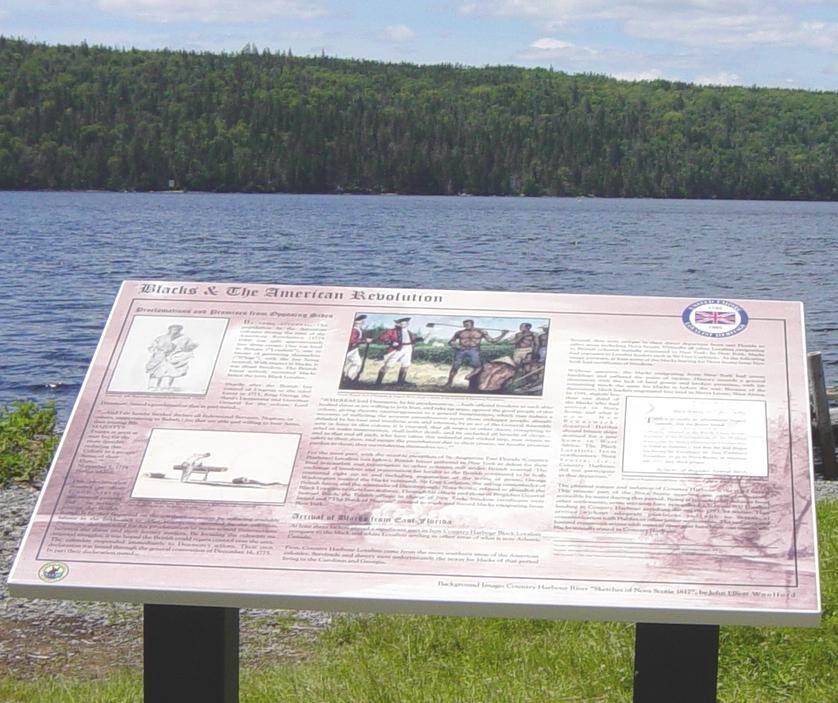 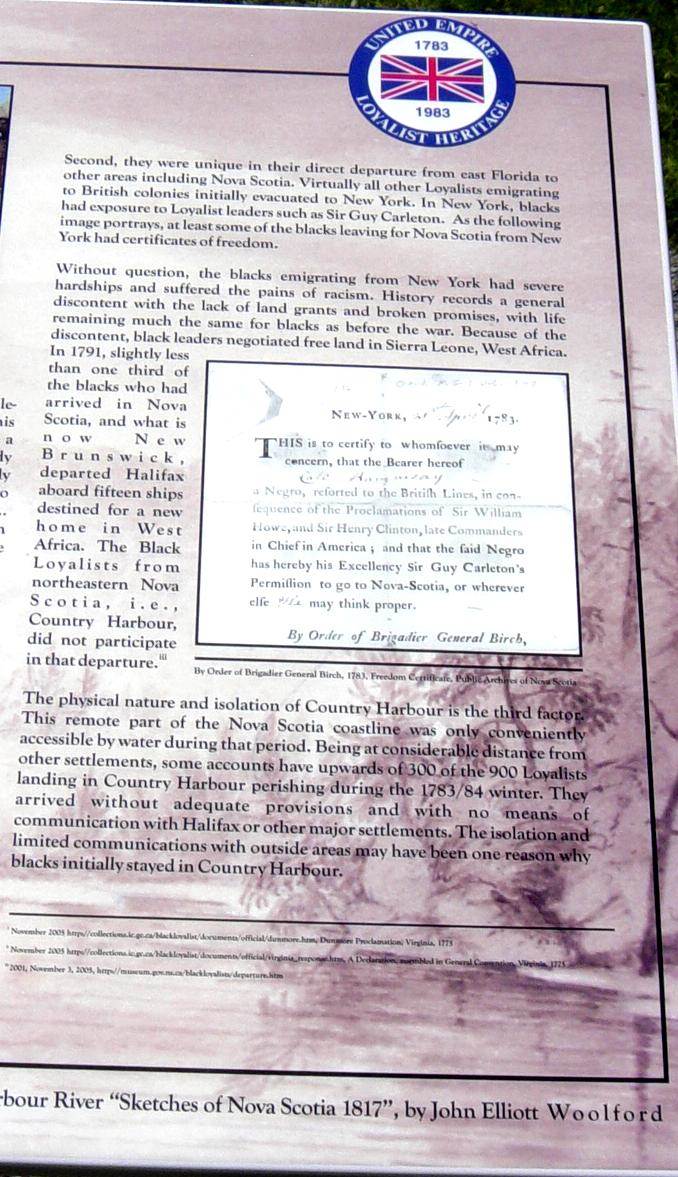 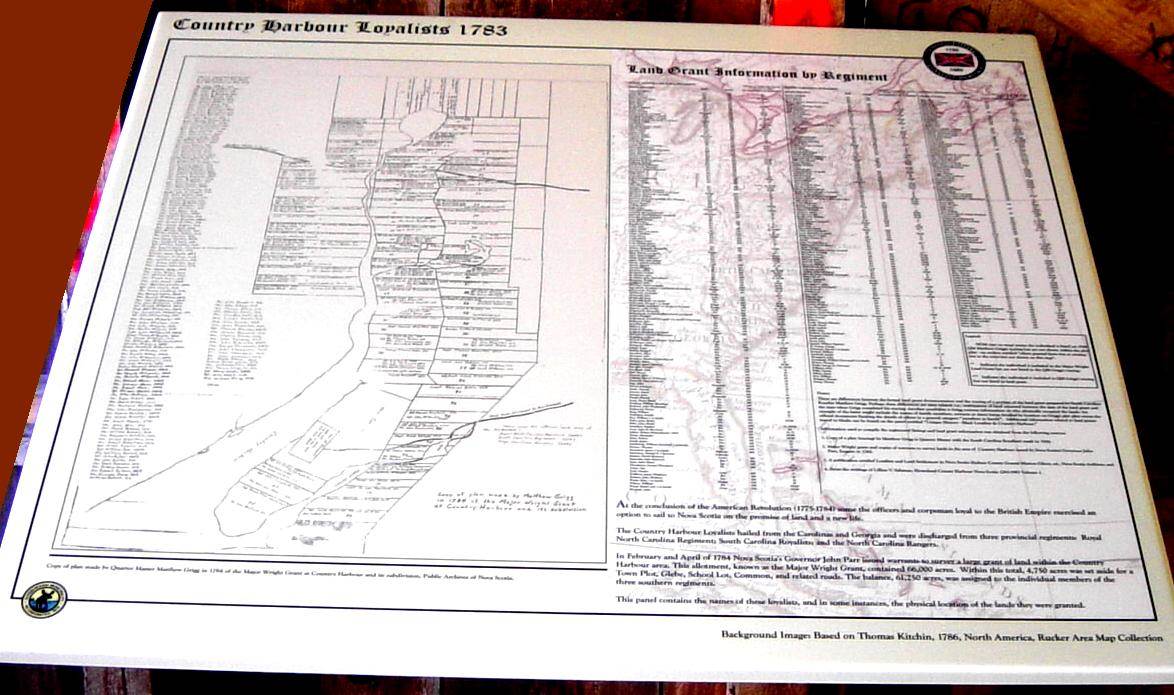 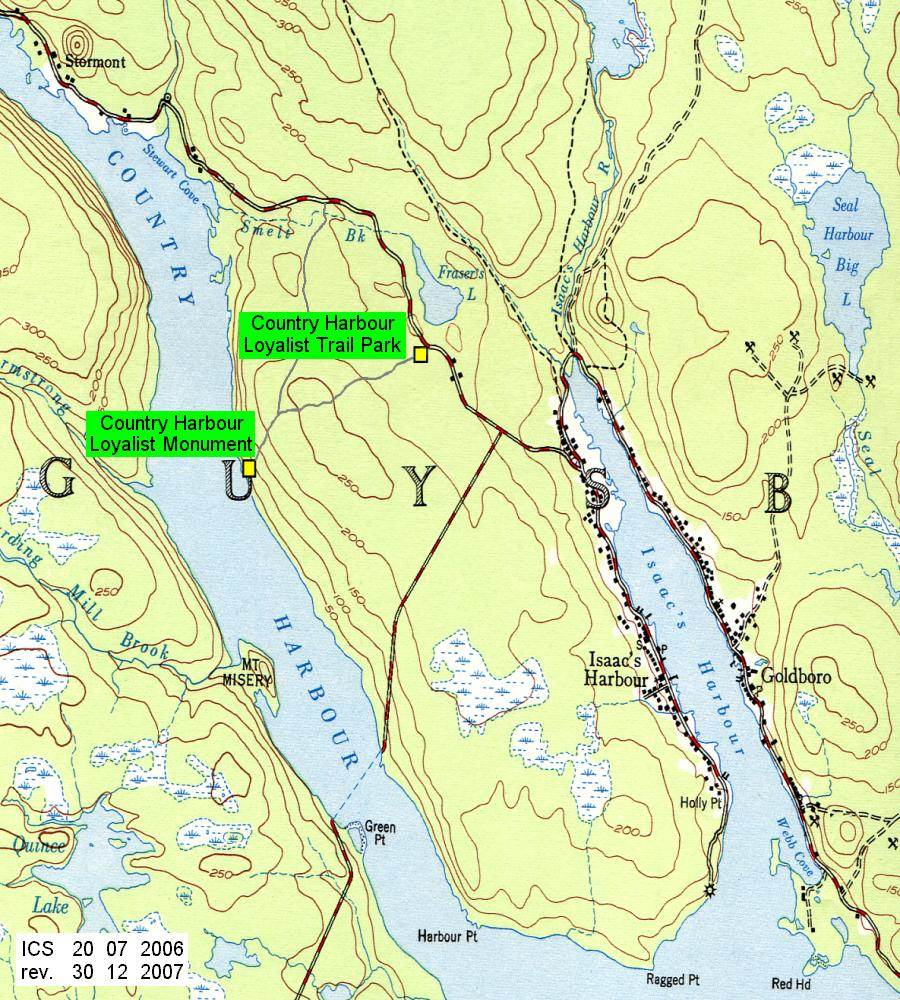 Map showing the location of the Country Harbour Loyalist sites

The distance between the Loyalist Trail Roadside Park
and the Loyalist Monument is about 2.2km [1.3 miles].
Contour intervals are marked in feet (100 feet = 30m)

The Black Loyalists Commander-in-Chief Sir Guy Carleton upheld British honour by
insisting that the runaways were not, in fact, American property at the time of the
Provincial Peace Agreement (1782) and that they must be allowed to evacuate with
other Loyalists. The evacuees were carried to Bermuda, the West Indies, London,
and other British territories, but the largest group, all told about 3,500, located in
Nova Scotia in 1782-83. They confidently expected a just reward for their loyalty
to the Crown… From the outset of their history in Canada, the free Blacks were locked
in poverty and economic dependence that could have been avoided had they received
the farms to which they were entitled as Loyalists…
http://epe.lac-bac.gc.ca/100/205/301/ic/cdc/heirloom_series/
volume6/248-251.htm

Response of the Colony of Virginia “…this unlawful and wicked step…”
http://epe.lac-bac.gc.ca/100/205/301/ic/cdc/blackloyalists/
documents/official/virginia_response.htm

Proclamation of Earl of Dunmore by WGBH Boston PBS
http://www.pbs.org/wgbh/aia/part2/2h42.html