Located on the south side of George Street, west of Water Street 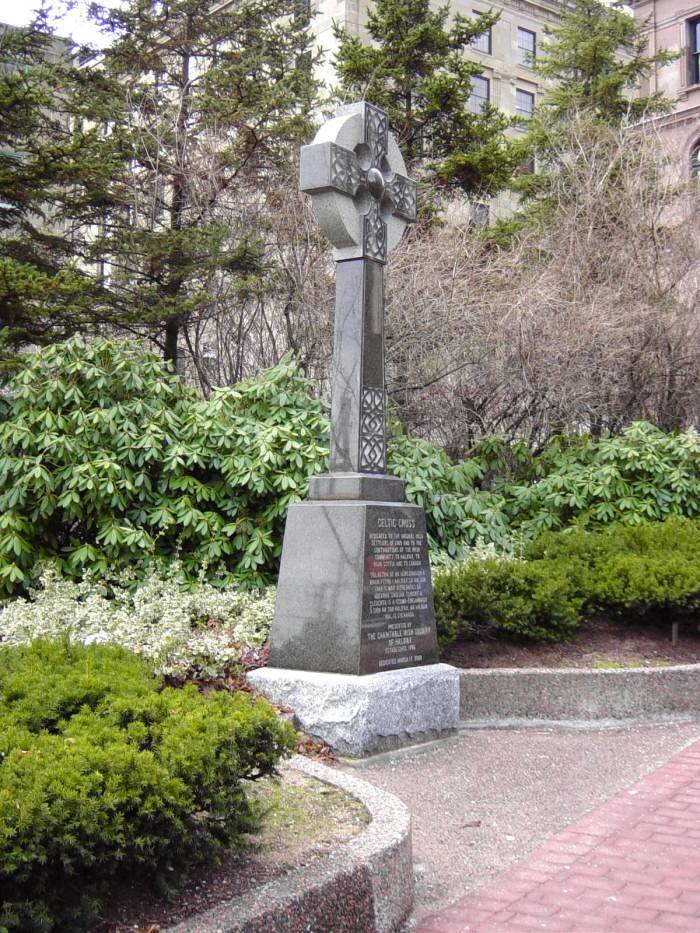 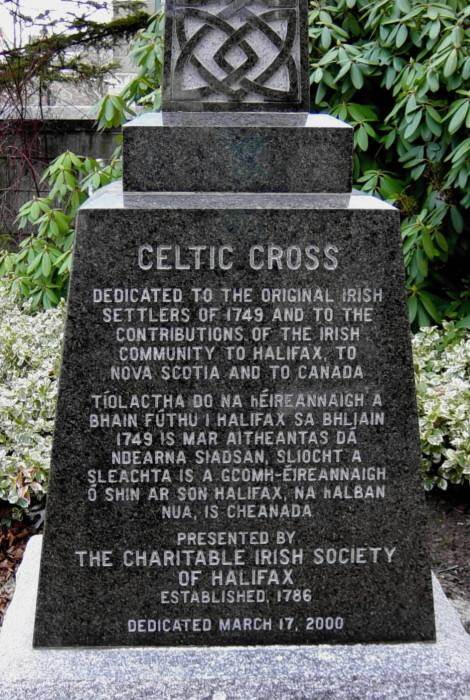 The above photographs were taken on 10 December 2002.

Dedication Ceremony to Mark the Unveiling of the Irish Settlers’ Memorial 17 March 2000
http://millennium.ns.sympatico.ca/communities/irish_cross.html

The Ulster Scots Come to Canada by Brian McConnell (Site #1)
One of the most famous Nova Scotian political families was included in this group…
http://members.aol.com/manus2/ulsterto.html

The Irish in Nova Scotia to 1830 by Terrence M. Punch
http://members.tripod.com/gail25/ns1.htm

Celtic Cross – The Charitable Irish Society
Halifax Regional Municipality Council Minutes, 15 December 1998
MOVED by Councillor Harvey, seconded by Councillor Fougere that Halifax
Regional Council approve the placing of the Celtic Cross as described in
Attachment “A” of the staff report dated December 10, 1998 at the
George Street-Water Street parkette at no cost to the Halifax Regional
Municipality… The Motion Was Put And Passed.
http://www.region.halifax.ns.ca/council/minutes/1998/c981215.pdf