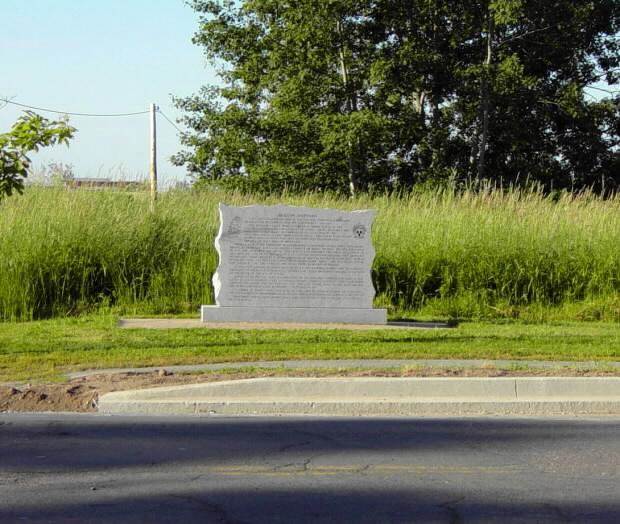 The above photographs were taken on 8 July 2003

When fire swept Canning’s main street in July 1866, a small schooner was
under construction on the stocks in the Bigelow shipyard. The wooden ship
was ready for launching except for her spars, rigging, and sails. As the fire
drew near, Ebenezer Bigelow saw the tide was high, and made a snap
decision to launch immediately. Quickly, a crowd of people clambered on
the vessel’s deck, seeking to escape the flames. Later, the vessel would be
named Escape. In 1874 Escape’s luck ran out. She was lost with all
on board near Digby Gut, Nova Scotia.
— Source: Stanley Spicer, in The Canning Gazette, Issue #127, July 1998